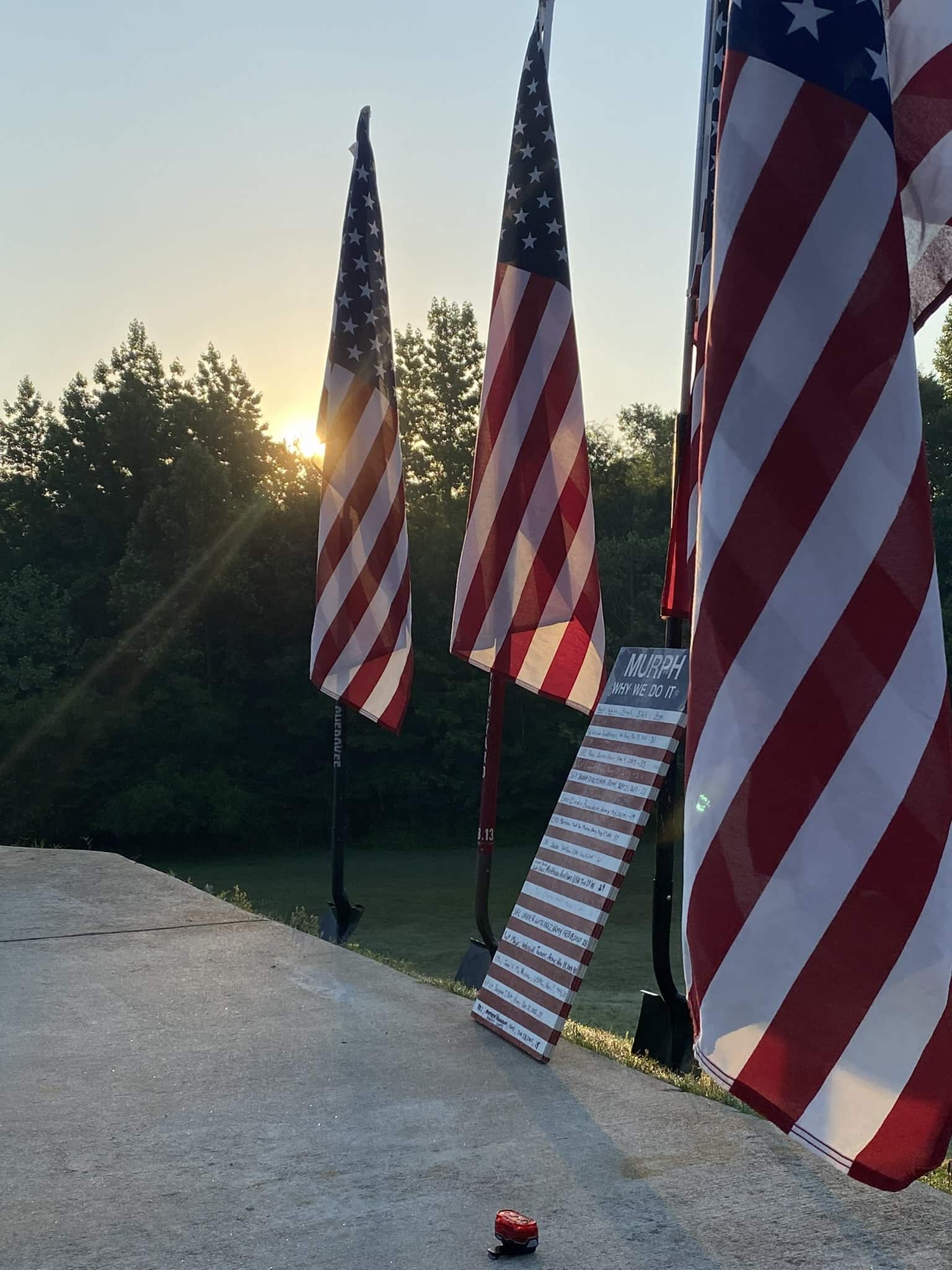 QIC: Oracle, Scotchguard, Coco, and Help from Many PAX

Meaningful rituals are few and far between in the fitness world, but THE MURPH WOD, performed on Memorial Day is done by 10’s of Thousands of athletes across the world.  It’s a grueling ordeal.

We don’t do it for ourselves, we do it to honor and remember the men and women of the armed forces that have lost their lives, giving us our freedom.  Lieutenant Michael Murphy (the WOD’s namesake and creator) is a bad-ass SEAL who was killed in action in Afghanistan on June 28, 2005, at age 29.  Lieutenant Murphy did what we now call “THE MURPH” on the regular, ensuring his fitness was up to task in giving us Freedom.

Pax not on Slack, but gave their all today:  @Abraham, @Chalk-Bag, @PegLeg, @Chicken Fight

Back-to-Back MURPH WOD’s at 6am and 7am.

While THE MURPH is grueling, The Thing is simple:

Pax of F3 Cherokee, we had 47 HIM’s do THE MURPH today at #Murph City across our 6am & 7am convergence times.  F3 Cherokee had 4 AO’s across Cherokee County also doing THE MURPH.

Many of you did THE MURPH for the first time today. Some of you set PR’s.  Some finished THE MURPH, 20lb weighted vest in under 45 mins!  Some modified just so you could be part of giving honor to the fallen.  And, All of YOU busted your ass this morning!

@#Murph-City, we honor a Fallen Soldier each week rather than The SIX: