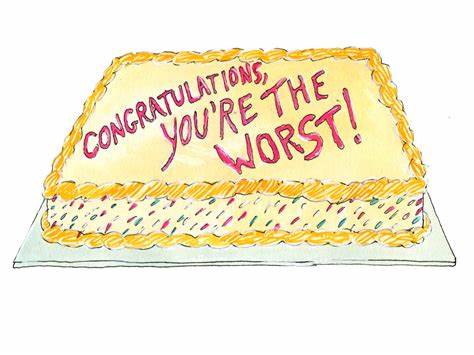 After a Covid-possible delay, YHC got to continue his Qing in celebration of his One Year Anniversary of F3 at his first hate, he means Love – The Lion’s Den.  Where that first time, he showed up 2 minutes late and a problematic number of men were already carrying some white cylindrical objects above their heads in circles near the basketball courts.  These objects turned out to be light PVC pipes filled with sand that got heavier and HEAVIER as that first workout went on.  Today we celebrated the BEST and the WORST of short circuit’s first year of F3.

The Thang:  YHC has hated Freedom Hill.  (But it’s made him stronger.) (And he still hates it.)  So we’re using it.  YHC also hates burpees.  So we’re doing them.  But one of the best things about F3 to YHC is Picking up the 6.  It’s a key ingredient to “any fitness level” and the push and encouragement we need to get better.  It gives the fastest/strongest of guys and the slowest/not yet strongest of guys a little something extra when it occurs.

Oh, and EMOM everybody yell BURPEE! and wherever you are, drop and do 3.

Pick up the 6 when partners finish.

Back to the flag with 2 minutes of Mary and way too many LBCs for time.

YHC did the count off to make himself 6th man to share a few anniversary words.  Weight is down, cholesterol is down, resting heart is way down, kidney functions are up.  For a guy that HATES to run, a 5k and 10k are both under his belt at 7 and 11 months, respectively.  YHC has 400 new friends and brothers that have gone out of their way to help one another in the ups and downs and everyday tasks of life.

NMM:  Very thankful for the Lion’s Den and the Lions of the Den.  YHC still looks back and can’t believe 300+ guys were working out in Cherokee before the crack of dawn, rain or shine, heat or chill (??) while YHC stayed up too late and “slept in”.  Who knew YHC could get more done by 9am with F3 than all day without it.  YHC is stronger physically, mentally, emotionally and spiritually thanks to the PAX of F3 Cherokee.  Thank you for getting after it even before short circuit was a thing.  It was a “Goodyear”!