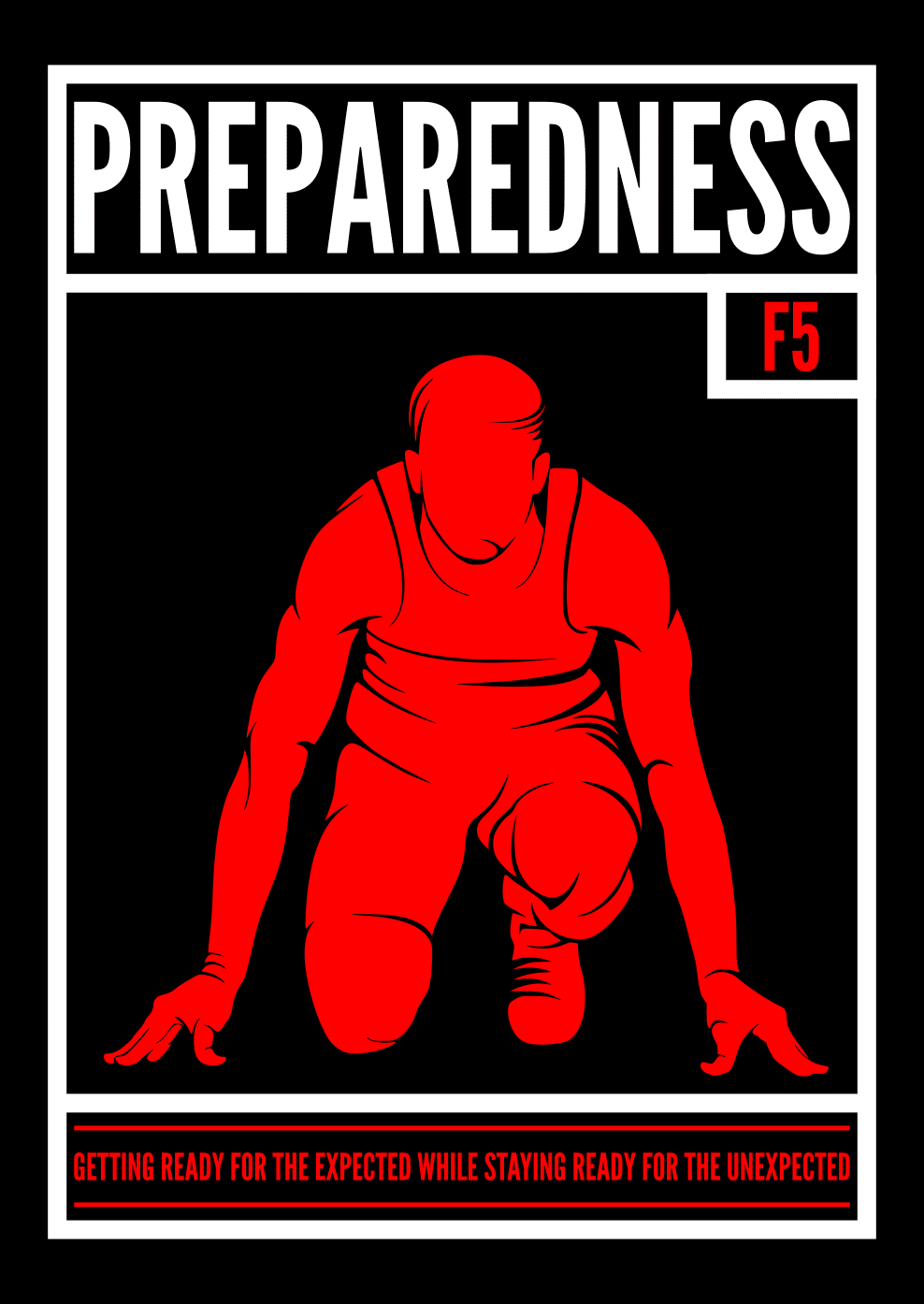 Surf N Turf tried to pimp YHC out on Slack by telling everyone to HC for the beatdown and calling out half of F3 Cherokee. He made a comment on slack about how F3 is a leadership group masking as a workout group. Sufficiently challenged to bring a great Q, YHC dialed in on that in my beatdown preparation. Decided to do a beatdown that pulled in points from the Q Source.

0530 – Mission – Butterfly barely saved the PAX with some mild botching of the Mission. SSHs (25).

0532 – Core Principles between the exercises. Ol’ Hank Hill decided to be funny and said “because I’m fat” as a core principle. 10 hand-release burpees OYO.

Around this time Careless Whisper rolled in. We did imperial walkers while he sang us the Imperial March. “Start on time. End on time.” We should add “be on time.”

0534 – Read from the Q Source on Preparedness. Highlight:

Some Outcomes are envisioned beforehand by the Q while others are thrust upon him by unexpected and sudden circumstance. For envisioned Outcomes, the Q can anticipate and get prepared for what will be expected of him to be Effective. But the Q cannot do that for unexpected Outcomes because they come upon him suddenly–for those Outcomes he must already be prepared to be Effective.

None of the PAX noticed the reflective F3 patch on the rucksack lying on top of the two sandbags in the parking lot. YHC drew their attention by reading the following:

For nothing a man attains in his life has any value whatsoever until the very moment that he freely gives it away. That is the moment he transitions from being merely a leader into being a great leader.

The Q’s commitment to Preparedness will only take him so far down the road to greatness. He could have the heart of a lion and still fail for lack of a critical ingredient, and that is love. If he does not love the people he leads more than he loves himself he cannot put their interests above his own. And that is what Preparedness is ultimately about–the Q’s willing readiness to answer the unexpected call to subordinate his personal benefit for the benefit of those who depend upon him.

Each man must share in the burdens of others in love.

“Ruck” the burdens to the parking lot of the college, by way of the haunted trail. Pax struggled with the drastic change of workout style, meaning behind it, and lack of instant sweat: “We’re almost 20 minutes in, when do we start working out?” – Oracle.

YHC grinned. As we exited the trail, 25 monkey humpers to get the heart rate rolling. We looked like trash on curb left over from the weekend!

Lined the men up in the parking lot in two rows. PAX looked at the man to their left or right to locate their assigned partner.

11s – 1 Hand release burpee, 10 low, slow squats. Focus on form. Carry the burdens/share the burdens. No burden touches the ground unless it is part of the exercise. (Make a manmaker out of the burpees and squat with the weight)

Oracle got his sweat. As did our FNG (Pig Knuckle) who may have almost died!

Returned to the Flag in time for a little 6MoM… Hank Hill led us in something poorly counted. Passed it to Office Party for 50 IC SSHs to celebrate Swingline reaching RESPECT level.

To set effective Standards for his Team the Q must do more than just announce them or write them on the wall. He must weave them into the culture of the Team through constant repetition and reinforcement. It should also go without saying that the Q himself must be able to meet the Standards he has set for the Team. In fact, that’s too soft a statement. To Lead by example, the Q must exceed his Team’s Standards.

Exceeding Team Standards is no easy matter for the Q. Because he is responsible for Outcome, he has a higher level of obligation than that of the other Team Members and will have to spend much of his time Leading, making it harder for him to to engage in the daily Practices necessary to meet the Standard. It would be easy (and somewhat justified) for a Q to use that higher duty as an excuse to slip below Standard in a few places. He must have very strong Guardrails to avoid succumbing to that temptation.

If a Team does have Standards, but the Q can’t or won’t Enforce them, the Members will lose respect for his Leadership, which erodes the Trust necessary for the Team to Prosper. The same result occurs where the Q does not Enforce the Standards evenly between all the Members–loss of respect, leading to erosion of Trust, ending with disintegration of Team.

Prayers for all our F3 brothers who share in the burdens of their Ms, 2.0s, fellow PAX, and others.

YHC needed this. The Clinic Pax needed this. Sometimes it’s not about how many reps you get in, but what you learn in the process.

Today, we invigorated Male Community Leadership by practicing it in real time.