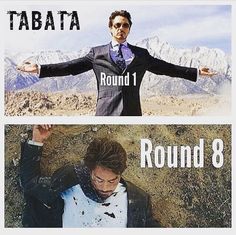 
YHC was suppose to Q on Thursday, but with an available slot on Tuesday why wait.  You can always expect big numbers at TLD so needed to make sure we got in some big reps as well.  Farm Country said that he was bringing someone so make sure the workout doesn’t suck.  5:30 comes quick, but not quick enough in this cold.  Quick mosey straight to the coupon stack, picking one up along the way as we made our way to the basketball court for a quick warm up.  2 FNGs so disclaimer was made with some Ice-T reminders along the way (thanks for keeping me honest).  SSHs, Weedpickers, Sungods, Michael Phelps and some good, slow copperhead merkins on the coupon was enough warm up.  We needed all the time we had.  Time for some full body Tabata.

Quick mosey to the board with coupon.  We had 9 exercises to perform for one minute each and 25 seconds of “rest”.  PAX was good until explanation that the rest was a sprint to the cones and back to coupon before next set (why waste time resting is Tabatas motto).  Exercises were all performed with coupon and included:

PAX were strong going through the first round and the sprints kept everyone “warm”.  At the end why stop there, so we rinse and repeated to everyone’s dismay.  Attacking the second round, YHC decided to move cones a little closer so that some rest was given between the sets (thanks MallCop for the help).  Got through 2 rounds before we had to put the coupons back and mosey back to the flag.  Just in time for some quick Mary.  Callout to BlackHawk who wanted flutter kicks (in cadence of  course), Farm Country who likes American Hammers and Roscoe P who hit some quick LBCs.  Time called, good job.

COT with MallCop as 6th Man.  Showed the FNGs how to do it and then sprinted off into the night (looks like somebody is a runner).  First FNG was Cookies ‘N Cream because that was his favorite ice cream (thanks OddJob).  Second FNG was Superfly due to watching wrestling (although Superfly may have been before his time).  Mention of the upcoming half marathon at Wartowne and ended with prayer for all.  Short Circuit reminded me to write a backblast so even though a few days late it’s completed.  Until next time.