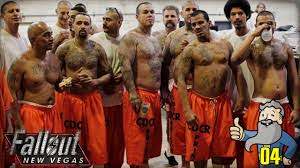 YHC threatened the PAX the night before with a promise to vent some anger in the beatdown this morning and 14 brave souls (Jack Bauer moseyed over for a few minutes from the Clinic) dared to venture out.

Began by moseying around the back side of the church about 17 seconds before the 5am bell and watched Odd Job and Dump Truck flying into the parking lot.

At the circle up, I warned the PAX and gave them an out, to which no one backed out surprisingly.

Moseyed down the hill and met Jack Bauer coming up from the Clinic.

From the bottom of the hill, headed up towards the top parking lot, we did Indian Bear Crawl with the back PAX member Bernie Sandersing to the front of the line and back into a Bear Crawl.  (then Jack took off, I guess he had enough)

Went through the entire PAX and then moseyed to the front of the Woodstock City sign at the corner with the traffic light.

Started with Rapid Fire Burpees (burpee with a jump up to the ledge) with partner running to the new builds down the hill.  Total 0f 50 betweent the partners.  Monkey Humpers until the 6.

Squat/Knee Tap with partner run to the red signs up Costco hill.  200

Washboard Markins (mix of a Carolina DryDock and a J-LO according to Gekko) with partner run to the first entrance on backside of church.  100

Side to Side One Arm Merkins with partner run to the other first entrance of the church.  50

Moseyed up the abandoned car in the parking lot.

Max Out Merkins Competition.  Pick a partner and max out merkins until one cant go any more.  Final four Stopwatch vs Tenderloin and Brad Pitt vs Turtlehead.  Tenderloin just outlasted Stopwatch while Brad Pitt didn’t even look tired in moving on past from Turtlehead.

In the final, Brad Pitt ratcheted it up by doing Diamond Merkins and it was over pretty quick.  As a reward for his efforts, he won a free Waffle House waffle from YHC.