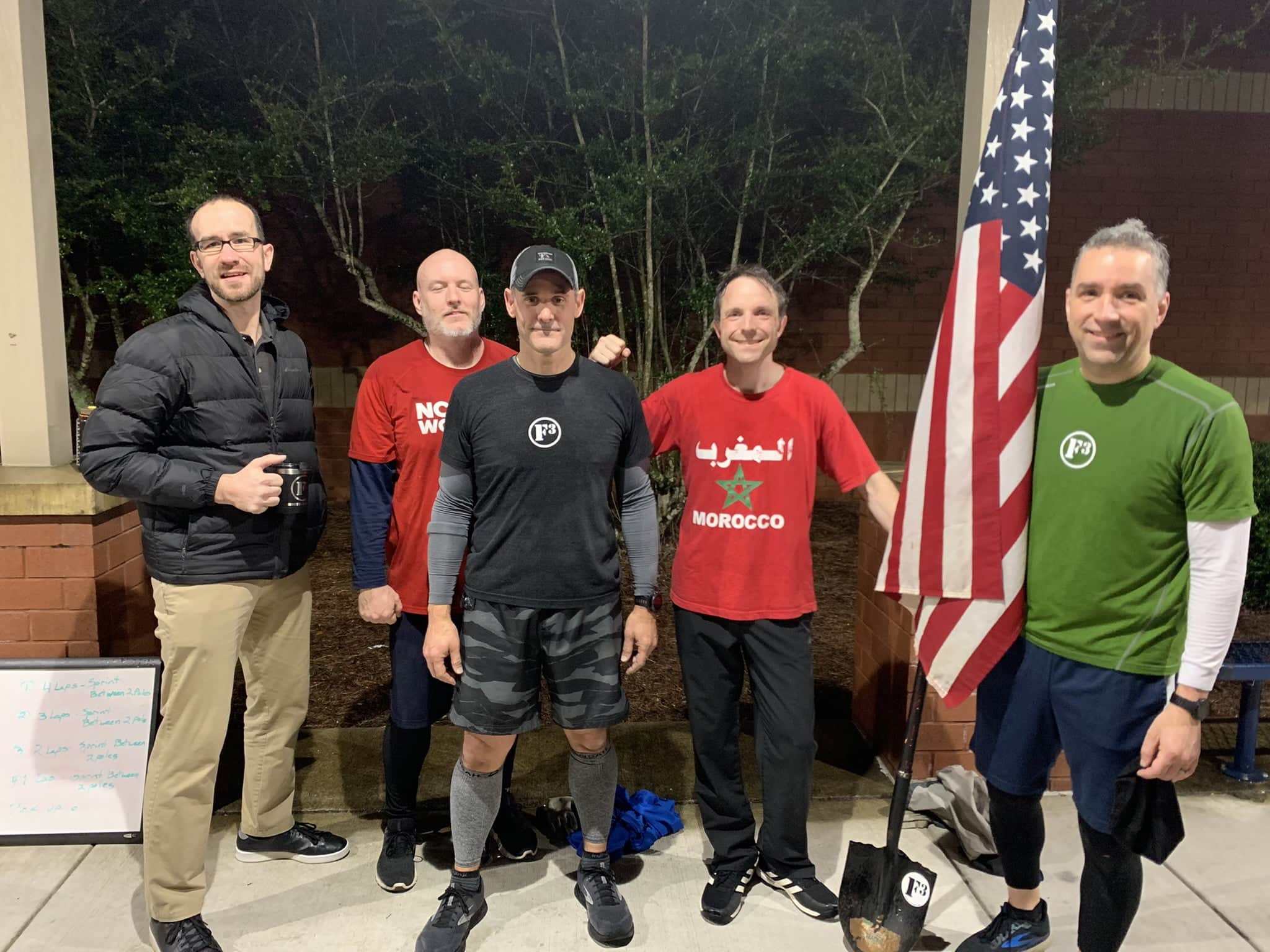 What an exciting morning.  I was so pumped for the day.  I had my speaker ready, my whiteboard filled out, towels and seat coverings ready because it was going to rain and gloves.  I had extra hats in case my head got cold and a nice warm pot of coffee.  (In fact, I think we had 4 pots of coffee that were brought to The Vineyard Amped).  Today was bittersweet; bitter because I was passing the flag after being the Site Q for the past year and sweet because of the two awesome HIMs that are taking it over.  GoDaddy and Butterfly are great guys and perfect for this site!  HOWEVER, while on the way to the beat down, I was crossing the bridge on Mill Creek when I remembered, I left the flag in my garage!  UGH!  What a goof!  Fortunately, Lizard King had the Forge flag in his car.  I can always count on HIM to bail me out, as he did many times over the past year.

We ran the loop in front of the high school, a quarter mile and then gathered under the awning at the main entrance.  We did side straddle hops, Weed Pickers – nice and slow, Willie Mays, and Imperial Walkers.  Then we moseyed over to the whiteboard where today’s workout was written.

Here is the routine for the morning:

After the first set, run 4 laps.  On  each lap, pick two light poles to sprint between on each lap.

If you are done early, pick up the six.  If you finish the above, which I did, I was able to get 3 miles in.  I know some guys were able to get more.

At the end of our time, I said a few words of thanks to all those that helped me throughout the year.   To Lizard King, GoDaddy and Tiny Tat for covering for me when I was traveling for work or dealing with personal challenges.  For Tiny Tat, for helping me to launch The Vineyard Amped.  All of these guys and others, contributed to our numbers stabilizing and growing over the past year.

But every guy that has shown up has challenged me and encouraged me to push past my comfort zone and be better with my fitness and at home.  We post for the guy next to us and we grow to be better dads, husbands, brothers, sons and friends.  That’s why we leave no man behind and we leave no man where we found him.