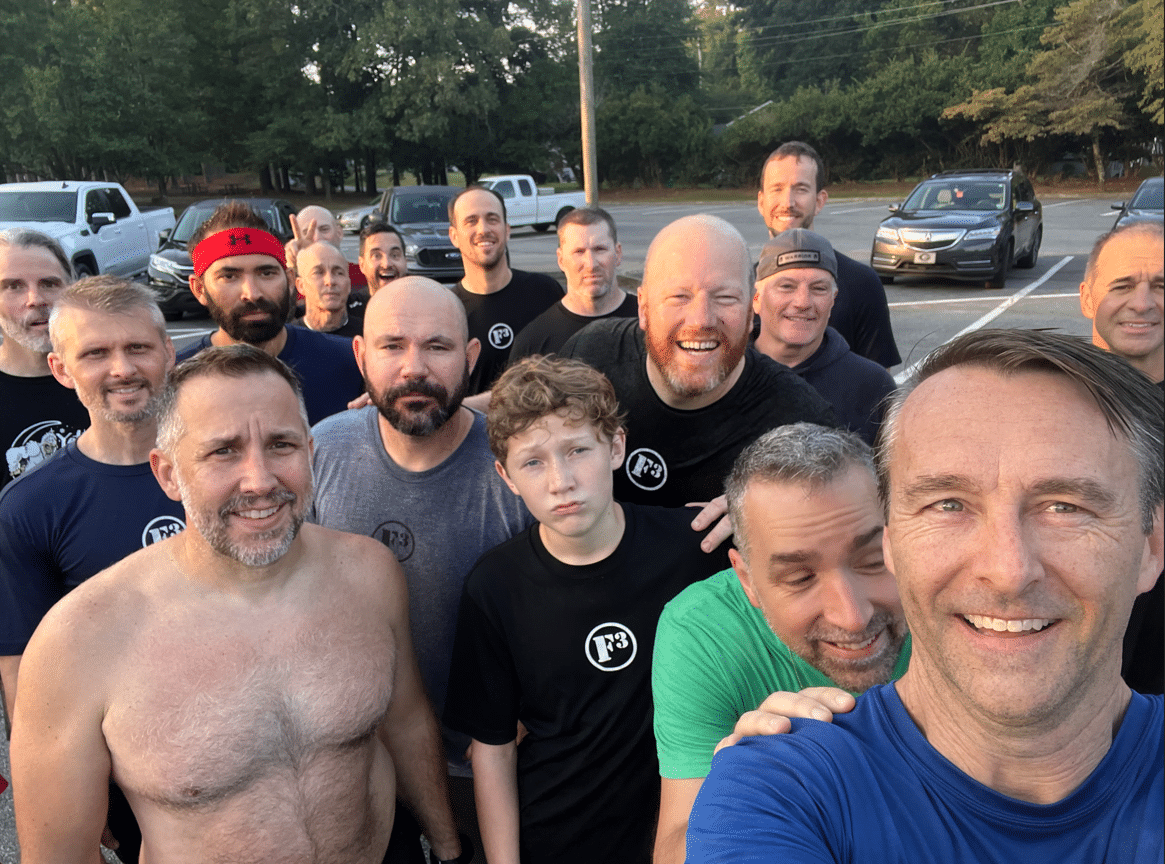 It was the best of times.  It was the worst of times. Bagger lead a Q that paid respect to HIMs who have lead legendary beatdowns before him.  Much was stolen from their arsenal of tricks.  We moseyed over to the basketball courts to kick off a little warm-a-rama.

PAX started a little mumble chatter over the pace of the counting so we immediately jumped into teams; Team #1 and Team #2.  Super original names.  In the process, a FNG stumbled on to the scene, compliments of Scarlet’s recruiting efforts.  We worked him into a team and got underway . . .

Team #1 – 10 Burpees, Team #2 – 10 Box Jumps with a Squat at the top – Rinse and Repeat.  This exercise was inspired by some similar work done by Lizard King previously at the ‘Box.  Q owes an apology to the younger ears for not using the non-explicit version of a Dre song.  Note to self.  Update Play List.

Mosey over towards the tennis courts through the woods and over the stumps to partner up.  First partner was to run back through the woods while the other partner started the exercises; 100 Merkins, 100 Dips, 100 Flutter Kicks, 100 Squats, 100 LBCs.  This exercise was inspired by a Chevy Q.

A little lack of organizational control ensued as to who had finished and who had not so Q decided to regain order, compensate for poor leadership, and conducted a haphazardly run Super Man – PAX on their belly for 10 three count sets.  The exercise was inspired by Grylls, but the sloppy execution was all Bagger.

Mosey over to the soccer fields.  The next exercise was Rail Road Tracks (inspired by Drummy).  PAX ran out of room on the field and, PAX full of beatdown inspiration and possibly annoyance, created a U-turn extending the life of the movement.  Well played men!

Next exercise was stolen from Trill and his recurring fascination with Imagine Dragons and “thunder”.  We planked until the term “thunder” was uttered and then dropped for a Merkin.  Not sure how many Merkins that was, but great chest work for PAX there.

Final event?  Sprint to the second cone. Team #2 won.  Notice a trend here?  Grimace delivered mad running skills.  And other members of the team seemed to find a second gear to finalize the complete sweep of Team #1.

PAX alerted Q that we were running out of time and needed to wrap up and get back to the flag.  So we moseyed back and ended with a circle of trust.

We heard from Chevy and his account of what he has gained from coming to the Chatterbox.

Bagger announced, for possibly the 386th time this year, that there is a Savage Race in Dallas, GA on Saturday, September 24.  Use discount code “PlayHard22” for 25% off admission.

Prayers for men to stay on their paths, both those who shared and those who may not have.  Prayers for peace and courage for Vanilli’s friend Brian who has discovered he needs a liver, but is only in his 40s.