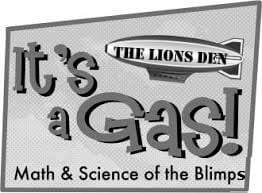 YHC had a beatdown in mind then saw the weather forecast (rain with possible t-storms) and decided the PAX would prefer not to have a lot of exercises involving being on their six. Born was the idea of using Yukon Cornelius’ BLIMPS from the Dungeon.

Mosey to the lower lot where YHC practiced the F3 introduction and disclaimer. Then the PAX did SSH, Weed Pickers and Windmills in cadence. Those were followed by Sungods and Michael Phelps OYO. YHC remembered Fleetwood’s request for F3 name-o-rama before explaining the Thang and confusing the PAX with talk about splitting the group up.

Mosey back to the bus lanes where we could still apply social distancing despite the number of PAX. YHC explained the workout, an escalator based on six exercises, adding a “letter” after each lap. The letters and counts:

One lap around the upper lot after completing the first exercise, then plank for the six to keep the PAX together. Add the next letter and another lap, and so on. Alice Cooper’s “No More Mister Nice Guy” came on around letter P. Not planned, just a nice bonus. YHC did call an audible on “S” changing lunges and Imperial Walkers to single count. This allowed us to get through the whole workout before calling everyone to return to the flag on the last lap.

*Note to self: It’s pronounced “Myrrh-kins”. YHC may need to go to Chops’ elocution school.

Mall Cop gave an update that Dump Truck’s newest addition to the family. Daughter is off the CPAP, eating and things are looking up for her. Chops shared the sad news of the passing of his father’s 1st cousin on the heels of his aunt’s recent stroke. When it rains it does seem to pour. Prayers for all.

It’s been too long since YHC’s VQ and it’s been on my mind. Even after Exile’s Q School today’s protocol was out of sequence at times and messy (sorry Criss Cross for treating you like the forgotten child during name-o-rama). There is definitely room for improvement and the best way to achieve that is to step up to Q more often. Thanks to the PAX for the feedback, encouraging words and for coming out to the Den. SYITG soon.