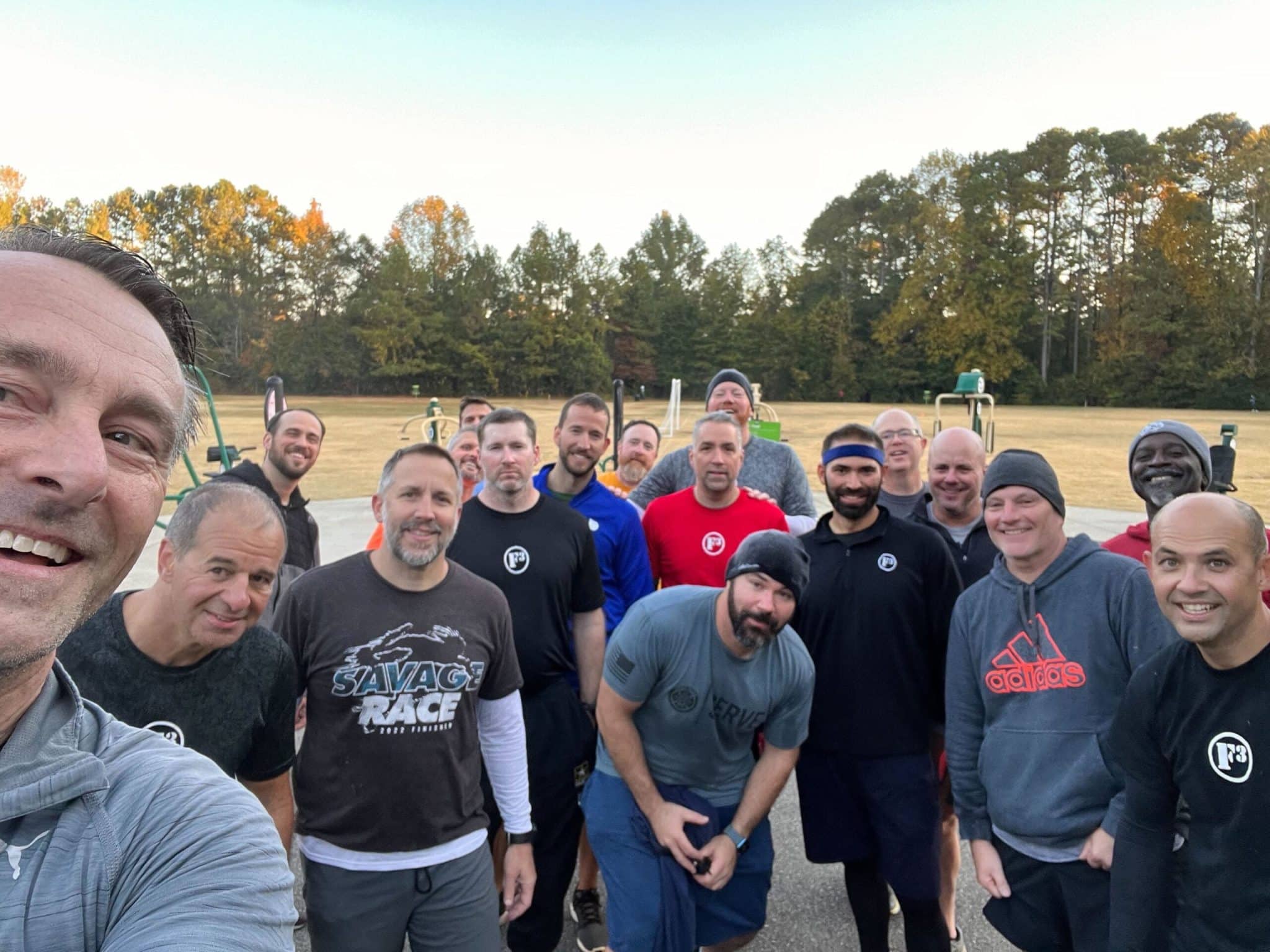 The beatdown started out with so much promise . . . PAX was regaled with a strong rendition of the five core principles.  HIMs were fired up on a glorious Saturday morning in the gloom.

Then we moseyed to the Thang – 11’s with Burpees at the bottom of the hill, Bear Crawl to the top of the hill and Squats at the top.

Mosey back over to the pavilion for three sets each of Box Jumps (10 reps each) and Dips (20 reps each).

Mosey back over to the field, but now just running on the track.  We partnered up.  Everyone stopped and then Burpees.  Then a Sprint.  Then Brokins.  Some mumblechatter about exactly what that was, but PAX continued to trust in their leader that all would continue well.

Then mosey to the far end of the track for an awkward Sprint/Pull Up combo that no one quite understood, but to PAX’s credit, they dutifully executed.  Then mosey into the field for a Dealer’s Choice.  PAX took turns offering up various exercises, including Star Jumps, Merkins, Squats, Big Boy Sit Ups, Side Straddle Hops and several others.

Now PAX is getting suspicious.  Drumstick never missing an opportunity to needle, vocalizes his assertion that the Q has gone off the rails and there is no longer a plan in place.

And in spite of the fact that a football field had been mapped with cones and a football was laying over beside it, no football game was actually ever played.  The mumblechatter shook our leader and he fumbled the last segment of the Q – no ultimate football was to be played this day.

Mosey back over to the flag for a brief bit of stretching and closing with a Circle of Trust.  Prayers of gratitude were offered up for a great morning, the opportunity to get out and get stronger one more day, and a great group of supportive, compassionate, and loving men.  Prayers also for Nesquick’s friend’s family who just lost their husband and father and his other friend who was recovering from quadruple bypass surgery.