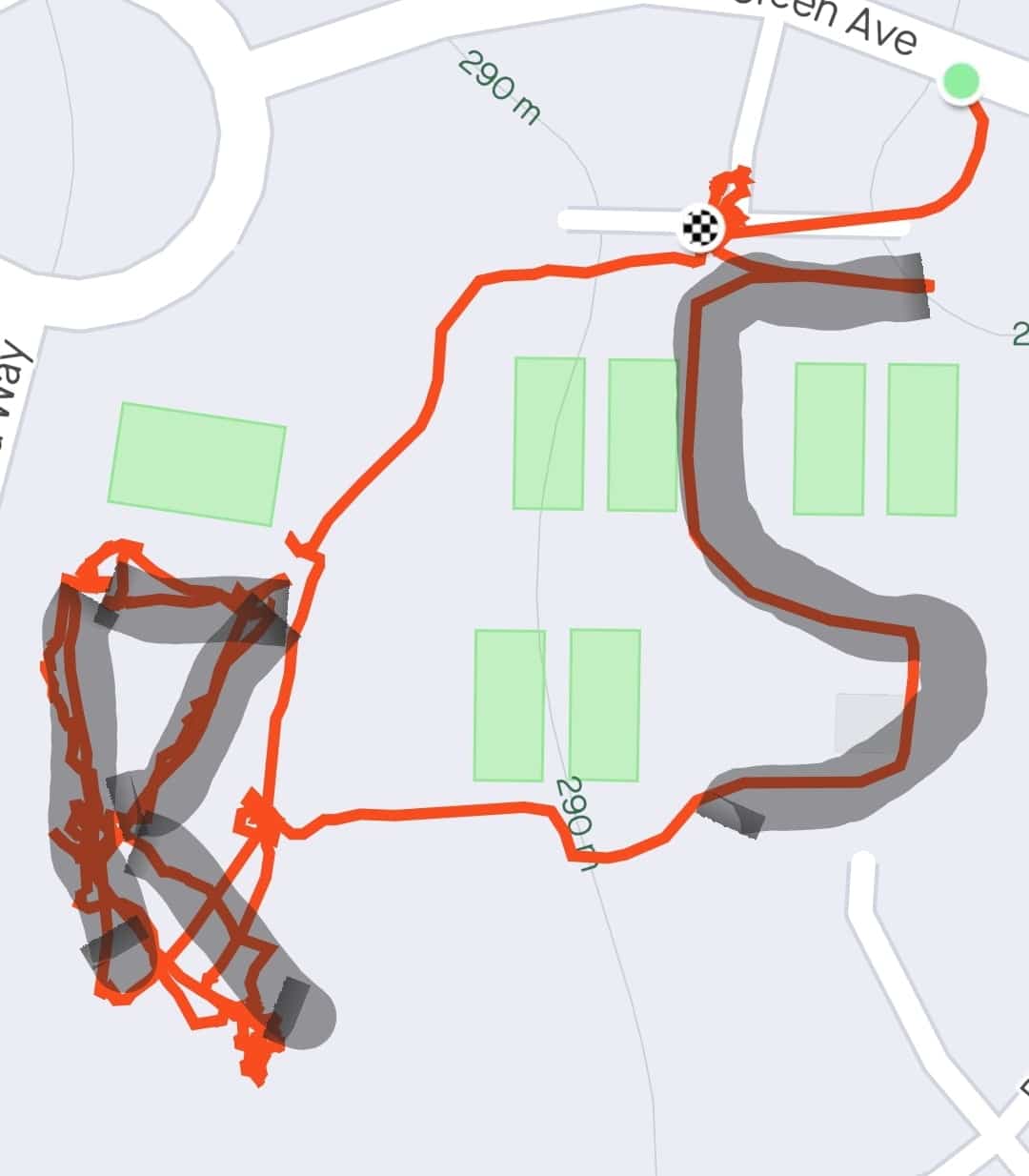 Warm-Up:   SSH, Weedpickers, TumbleWeeds, Imperial Walkers  followed by an extremely short Mosey.  Lots of mumblechatter was already surfacing as several PAX pre-ran, and some even accomplished the 5k they planned on ( WTG CP).

More chatter ensued when we then took another run (not a Mosey) in order to lay out a path that I thought would make a good ‘S’ on the route that my Garmin tracked that morning and to get us to the starting point for the main event.

Due to the number of coupons, we teamed up into 3 teams of 3 and 4 teams of 2 for 7 teams total.  There were 6 ‘checkpoints’ mapped out at the corners and mid-points of the football field.  The route around these checkpoints made for the ‘R’ in the Garmin tracker, and hence the RS in the resulting path. 🙂

So back to The Thang.  Each team selected a coupon from the pile of logs laying at the starting point.  Logs ranged from easily tossed to ‘WTF is this’. Then the members of each team took turns flipping their logs to the next checkpoint.  The team members who weren’t flipping logs had to either bear crawl or lunge alongside the ‘flippers’.  At each checkpoint a new team member would take over the flippin’ logs.  At each checkpoint we stopped and did an exercise:

We accomplished 8 total checkpoints and most of checkpoint 5 before we headed back to the flag, each team carrying their coupon.   Checkpoints 1-5, back to 4 back to 3, back to 4 and back to 5 (partially).

Of course we couldn’t make it through the BD without some chatter about the size of other team’s coupons.   References and innuendos were thrown about concerning several member’s ‘stick sizes’.  🙂

After each team carried their coupon back to the flag we circled up for COT, 6th man and FNG naming.

FNG was named @Back9 due to his golf proficiencies.