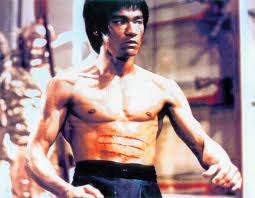 So…I totally wanted to do the prerun, but was stuck at my house until the start time for that, but I was really early for the beat down, which is out of character.  Haha.  But I needed to set up the agility ladders, and hurdles for our Diego experience.  So, we ran down to the back parking lot and did our warm-o-rama.

Then we did Dips AMRAP (As Many As Possible) within a minute.  We did three sets.

Then we moseyed back to the main field and around the track, past a guy who was probably smoking something with a very distinct smell to pick up the coupons that weren’t there.  That threw a slight wrench in my spokes because we were going to use those.  But gotta adjust on the fly.  So our Diego exercises were a bit different.

150 Overhead Claps (hitting your legs at the bottom)

When we finished all of the above, we moseyed over to the “exercise equipment” area and did Bruce Lees. Bruce Lees defined by the F3 Exicon are: A Super set consisting of 6 ab exercises: 1. American Hammers, 2 Leg Raises, 3 LBC’s, 4 Heal Touches, 5. Crunchy Frogs, 6. 100’s.  We did this Tabata Style: 45 seconds of exercises, 15 Seconds of rest.  We did this 3 times.

We were able to get through 3 sets.  We ended with a Merkin ring of fire.  Narco was kind enough to make sure he was doing the correct form and did them very deliberately and slowly.

We prayed for M2M to heal and recover, for LK’s trip, Chubb’s anger issues and for all the PAX to be the men, fathers, husbands and friends that God has called us to be.