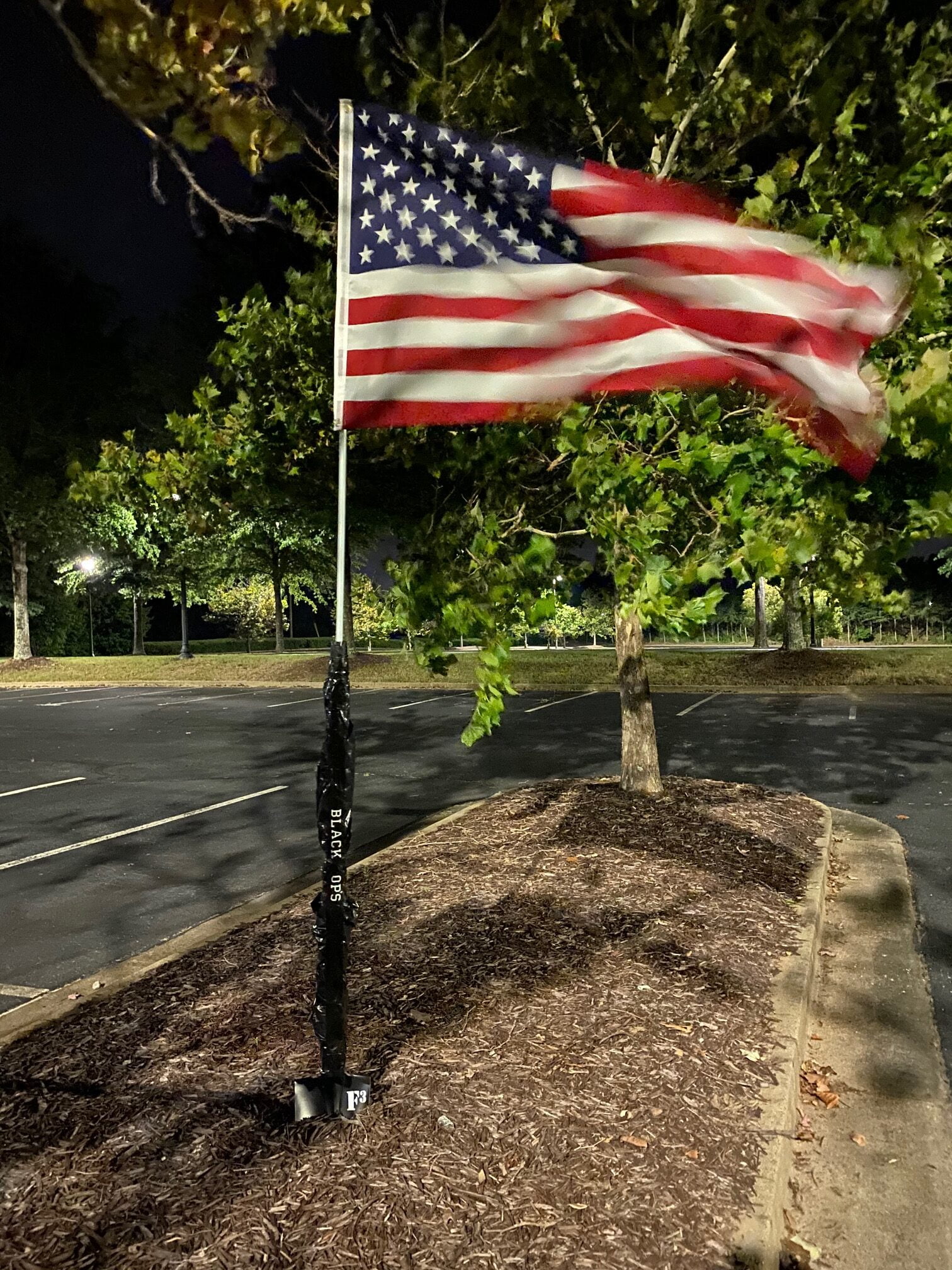 It was finally feeling like Fall as the PAX gathered in a south side Black Ops site (soon to be known as The Colosseum).  Cool temps and a steady breeze had everyone ready to do some work.  Unlike AO’s who shall not be named here, The Colosseum had the shovel flag ready (but shrouded in Black Ops secrecy until the official launch on 09/30).

YHC kicked off the tunes at 5:30 sharp (as all other PAX started asking at 5:29 when this 5:30 workout was going to start) and moseyed over to another parking lot for the Warm-o-Rama.

PAX paired up (One “Tommy” and one “Jack”) at one of 8 stations setup in the parking lot.  Each pair of PAX spent 5 mins at each station, then rotated to the next.

At each station, one PAX either ran or bear crawled (it alternated at each station) ~20 yards and then performed the exercise written on the dope F3 stationary firmly affixed to the pavement at the end of the station, while their partner stayed behind and crushed some core workouts waiting on them to return.  When the first PAX returned, they switched – then rinsed and repeated for 5 mins.

COT: All PAX raved about how awesome the playlist was (apparently the mix of Merle Haggard, Katie Perry, and the Beastie Boys was a magical combination).