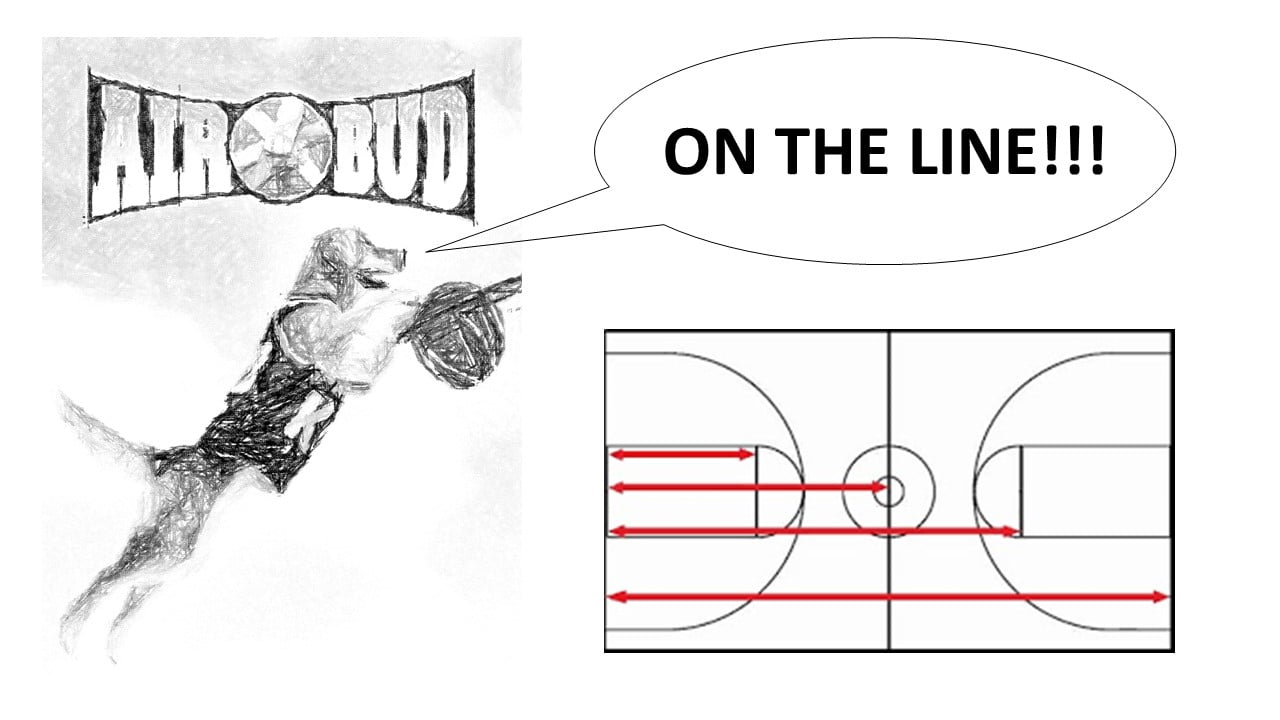 The Work
Broke out into four stations with 3:30 minutes of work with sprints & rest in between
Station 1: 12 high knees, down the stairs, agility ladder, up the stairs, & repeat
fun fact: there are a total of 12 Air Bud movies in the Air Bud film canon. 14 if you include Santa Paws.
Station 2: 21 Bobby Hurleys, 21 Big Boy Situps, Wall Sit remainder of time…feel the burn
fun fact: Atlanta Hawks Legend Dominique Wilkins wore #21 for the Atlanta Hawks and is referred to as “The Human Highlight Reel”
Station 3: Bear Crawl Suicide, Backpedal Suicide, 23 LBC, & repeat
fun fact: The NBA G.O.A.T wears #23. Key word is WEARS because the G.O.A.T is LeBron James.
Station 4: 4x Merkins, Sprint 94ft down and back, 4x Merkins, side-to-side run 94ft down and back, 4x merkins, crossover run 94ft down and back, & repeat until time.
fun fact: Spud Webb wore #4 and is the shortest player to ever win an NBA Dunk Contest. He is 5’7″ tall.

The Sprints
between each round we did a sprint workout then rest until next round
Round 1 – Suicide
Round 2 – Down and Back 2x
Round 3 – Half Court Back, Full Court Back
Round 4 – Half Suicide (free thrown line back, half court back)
Overtime – each PAX planked along baseline and 1 x 1 ran a full court sprint and back until the line was done.

Back to the flag & time!