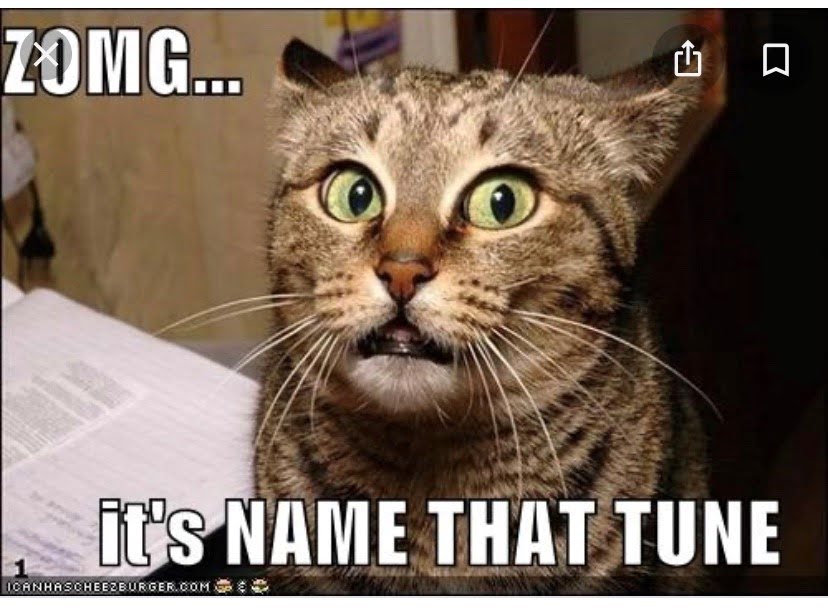 Mosey to the Field of Pain

Who needs a warm up?!?! We have forearms to destroy and games to play.

Let’s play Name That Tune during the BD for a chance to do 105 burpees at the end!!  Shuffle play on YHC’s Spotify liked songs. First 14 songs equal 45 minutes.  Perfect.  Each song is assigned a value from 1-14.  If you get the artist correct, you get to reduce the amount of burpees by assigned value. Get all of them correct, no burpees.  With this playlist, that’s not going to happen.

Suzanne by Weezer. Geek Squad.  Not sure why this was a B-side for them.  Top ten Weezer song.

Spread to Thin by The Dirty Heads. Turtle Head.  YHC was impressed.

The Quitter by NOFX. Geek Squad pulled this one out of his ass.

Change by Blind Melon.  Geek Squad and Waffle Cone. See Naked Mole Skin for the special bond that WC has with this song.

Heretics and Killers by Protest the Hero.  YHC said he would do all of the burpees if anyone got this one.  Apparently, no one is up on their Canadian progressive math metal. Watch the video for this song.  It has a nice Wizard of Oz theme.

Ain’t No Man by The Avett Brothers. Brady Bunch coming in strong with this one.

Mr. Roboto by Styx.  Numerous people knew this one and YHC said that if we didn’t get this one, we would just do burpees until the end of the BD.  Classic cheese rock song.

Guilty by Association by H2O. Some NYC Hardcore. PAX got this one with a little help from YHC.

The Captain by Biffy Clyro.  Who??? was the consensus.  Scottish rockers.

Introduce Yourself by Faith No More. Geek Squad once again.

Holiday in Cambodia by Dead Kennedys. Geek Squad handled another one.  DK is a big influence on one of my favorite bands, System of a Down.  Controlled chaos in your ears.

For the main part of the BD:

PAX separate in to 6 groups of 2.  YHC got to the AO extra early to setup 6 pain stations that each group will spend 5 minutes at before rotating through as many stations as possible.

Got through seven rounds. Mosey back to flag for 31 burpees.  Not too bad.  YHC thought we were going to do way more.

Prayers for Sharapova, his M (continued positive news for her), his father is in the hospital, the men of F3.  YHC also asked as a birthday present that the PAX do something unexpected for their M or 2.0’s.  This is better than any actual present that could be given.

Thanks to everyone who came out for the Birthday BD.  It was great to have a strong showing at the best F3 Cherokee AO.

Geek Squad- MVP. Dude killed it at Name that Tune. It would have been a burpeefest without him. He got at least 8 of the songs correct.

TH- Best story of the day. He thought the BD started at 5. Exile and I were there for our regularly scheduled pre run. Off all three of us go assuming TH has shown up for the pre run. About a mile into the run, TH says that this is the longest mosey he has ever been on. Exile and I are confused for a second and realize what has happened. We have a laugh and continue on with the pre run. Glad TH unknowingly over committed to his first Apex post.

Brady Bunch- now doubts his knowledge of music but probably shouldn’t because there are some random songs on this list. He did get Avett Brothers though. Glad to have him out in the gloom again.

JB- he cried because there wasn’t any T Swizzle or country.  That’s all on my super secret personal account.  He did the Murph with a 20lb. vest on the day before. I am sure this workout was not kind to his arms.

Saluki- he was unusually quiet. He was also pacing around at the end. Not sure if he was contemplating merlot or punching YHC in the throat.

Skronk-came in on two wheels a few minutes late. That may have caused his merlot…maybe.

Brad Pitt – silent assassin. Did more than anyone. Didn’t break a sweat.  Is he Mr. Roboto?  Domo arigato, Brad Pitt.

Snot Rocket- got the most miles in and was sure to let Exile know it. 😉

Exile- found his kryptonite. Grip strength. He’s committed to working on it, so he will soon be a beast at it. Was disappointed that there wasn’t any Eagles or Steve Miller Band on the playlist. Is he 34 or 64???

Foosball- YHC was a little disappointed that this BD was not difficult enough for him to take his shirt off even though it was 32 degrees with a 10 mph wind. YHC will do better next time.

Waffle Cone- we learned that he is old and still has cassette tapes. I’ve heard they are making a come back. Maybe that NKOTB tape is your golden ticket. Go check EBay. He also admitted to making out with a lady friend while listening to Change by Blind Melon, a song about the aftermath of a three day coke binge. To each his own.