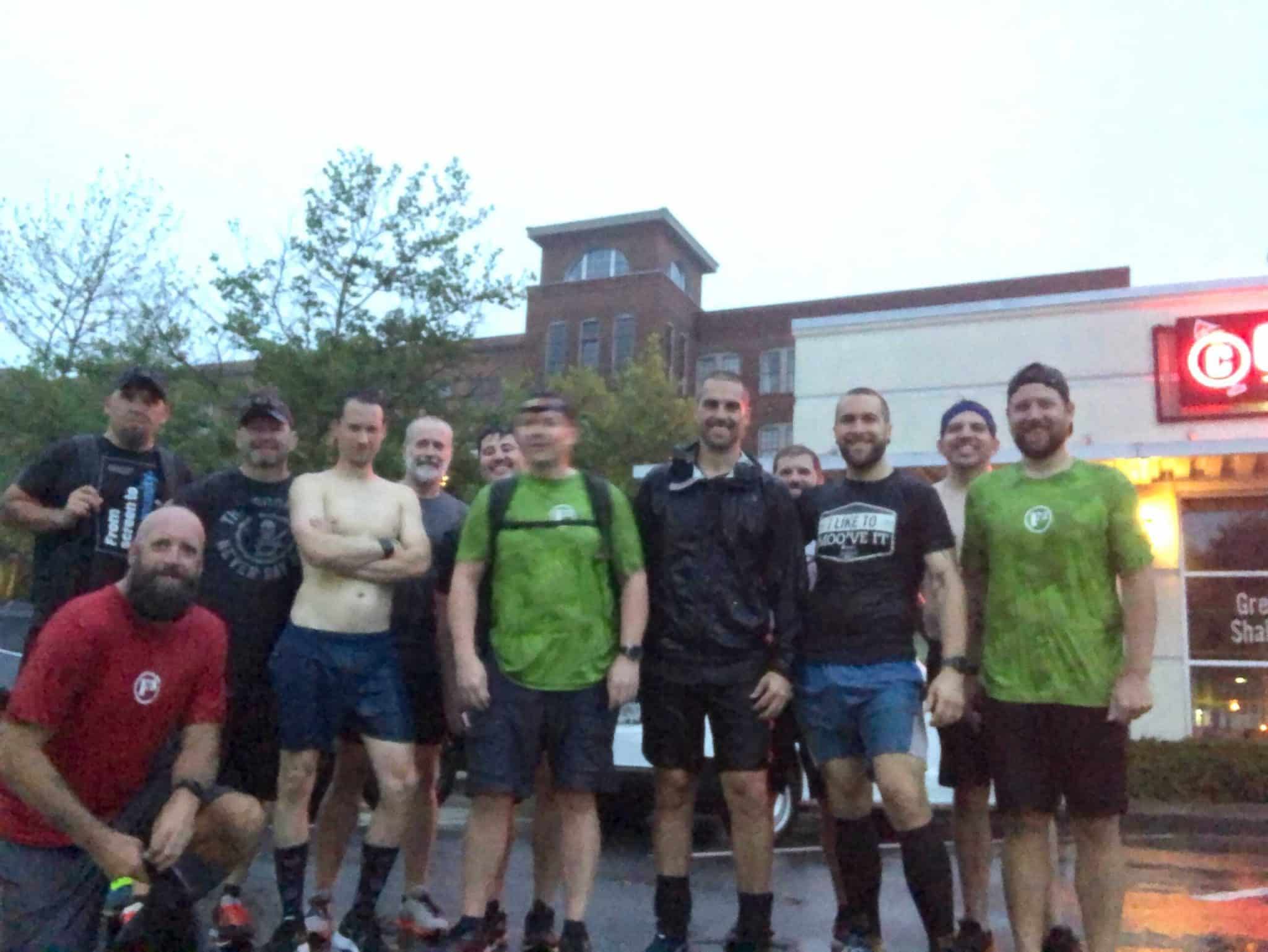 The Redline in a running/rucking AO. Eight PAX ran, four rucked, and one did both.

NMM: As always it’s gratifying to lead the HIM of F3 Cherokee and today was no exception. YHC made an effort yesterday to get some PAX to commit because of the forecasted inclement weather and the response was positive.

I chose a route that we had run before that included a stretch on the Noonday Creek Trail.

As we gathered at the startex Wally (who already preran) mentioned that there may be some puddles on the trail because of the rain, and that the frogs would be out.

The first half of the run was uneventful, a soggy jig in the drizzle but not unpleasant. Then as I hit the NdCT and started down the trail I heard some weird noises. I was thinking that Wally wasn’t lying, it sounded like a big ole bullfrog. Then there were more noises, like one might hear on the Walking Dead lol. I began expecting an ambush. It was a sight to come around a bend in the trail and see PAX literally laying down in the water making zombie noises haha!

I considered pancaking/ dog piling the group but pulled up at the last second lol. The PAX were like “E-Tool it gets REALLY deep!” And of course I was like “Good! Let’s go!” So into the water we charged. At it’s deepest the water was probably thigh/ crotch deep.

What I did wrong: I failed to circle back and pick up the six at that point. I should have gone back and let them know that we were continuing in spite of the flood conditions, but in the moment I just charged ahead.

That said everyone seemed to enjoy the run and the ruckers enjoyed their ruck as well.