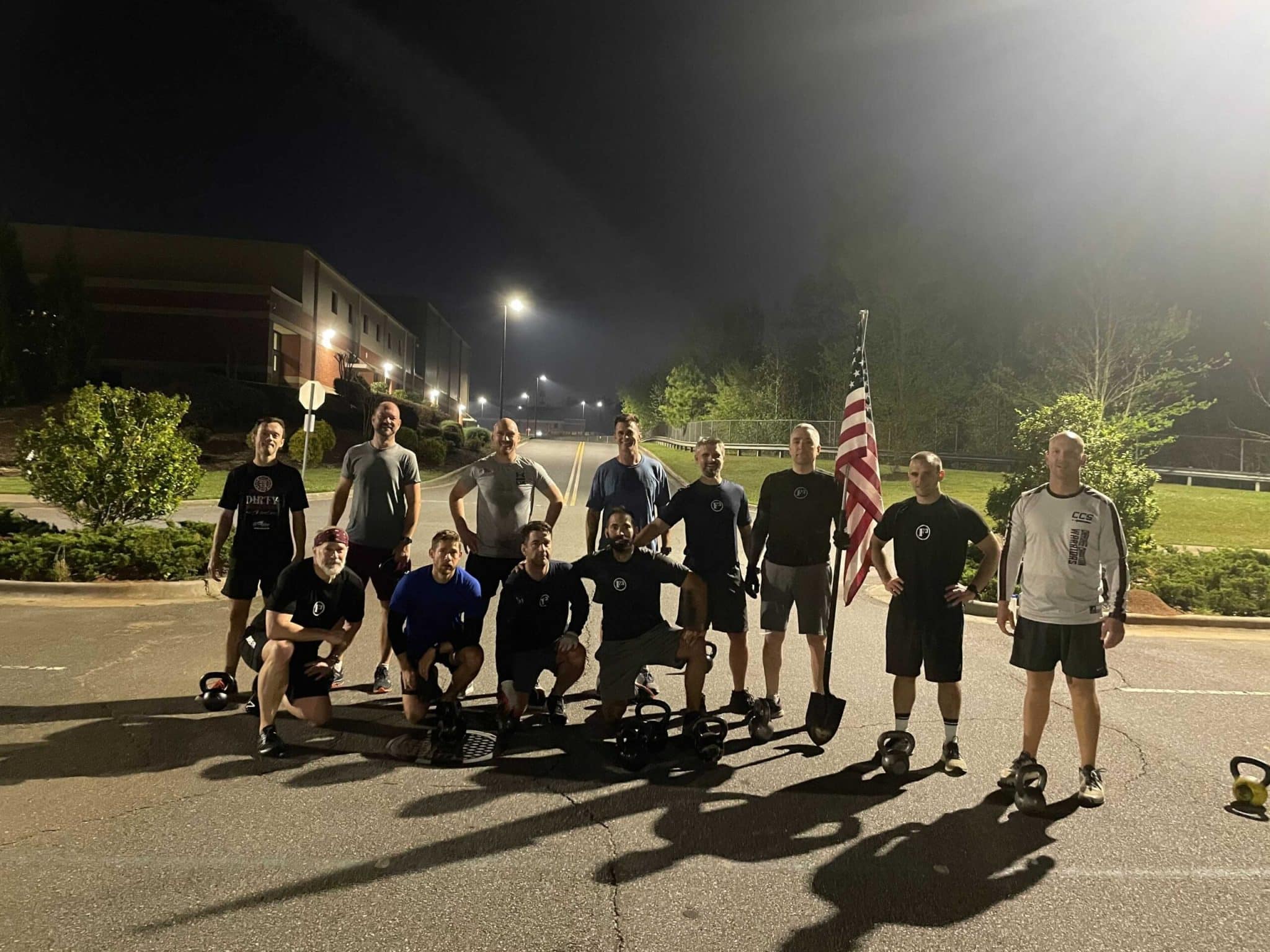 
It’s like the springer show some pax say, with the bells swinging high intensity and the chatter flowing with notes of the chatterbox (potentially inappropriate material for anyone who is mature).

Warm-o-rama: Mosey with bell and your pelotas up the drive to the mid size hill. 13 toy soldiers in perfectly screwed up cadence as intended, 11 willie Mayes IC, 10 burpees with lateral hop over bell OYO.

The thang: 11’s up the hill: 1 high pull (squat to upright row), 10 kettlebell swings and so on until you get 10 and 1. Quick audible called to take it to the stairs as none grippy shoe wearing paxs were slipping and sliding and colliding.   My bad!

round 2, 10 deadlifts (or squats if you just wanna make your own shit up like Saluki) and 20 Iron Cross with kettlebell (I confess may not be the real name for the said exercise), suitcase carry, rinse and repeat 9 poles.

To the flag with just enough time left for 10 more burpee lateral hop over bell if you’re Tiny Tat.

-YHC was early today, for me that is not a good sign, it means no sleep too much on the heart, clouds in the brain. Searched for a morning  prayer to get my head straight, found a good one to answer the call of duty. shared it at COT.

-I was Qing this morning to fill in for Drumstick as he has been injured, bat mitten tournament I think. Of course Drummy shows up “hey who’s Qing?” . Three years later after Drumstick EH’d me I’m still picking up his slack.

***Next week on the Forge show… witness Scratch and Sniff VQ!