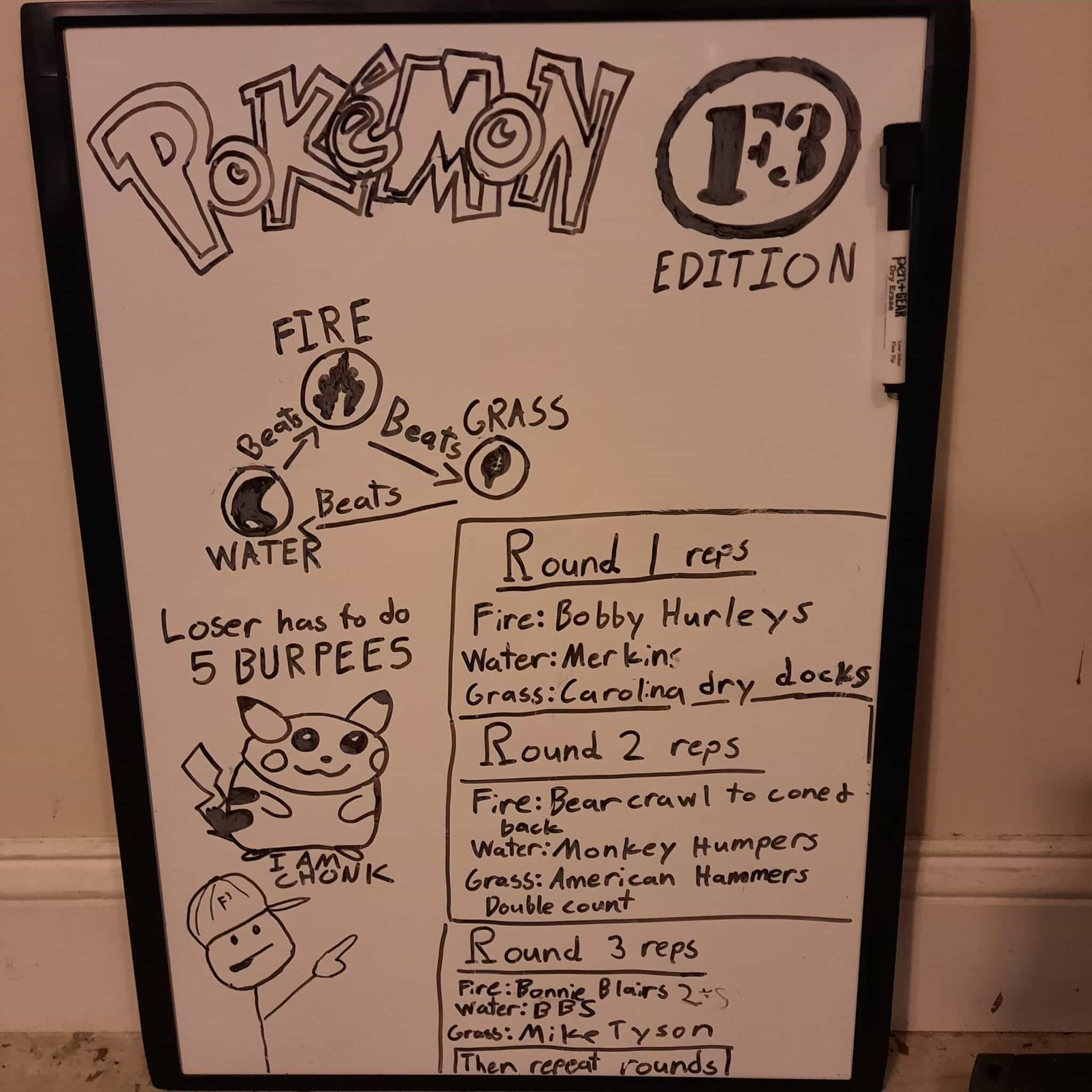 Split into two teams.  Each team draws a pokemon card which corresponds to an exercise and count.  Check the board.  After 5 minutes the teams choose one of the cards they pulled and play it.  Water extinguishes fire, fire burns grass, grass drinks water.  Tie breaker was a number on cards.  Losing team does five burpees and on to round two with new exercises.  Rinse and repeat.

Team 1 got out to an early 2-0 lead but Team 2 came roaring back to tie it up after some monkey humper shenanigans.  Tie breaking fifth round saw both teams play the exact same card and without a planned second tie breaker we all did the burpies.  But we all know Team 2 won.

Mosey back to the flag for some Mary.

Prayers for a few things.  Doughboy has a baby boy coming tomorrow.  JoyCon gets to name him MuffinHead if he ever comes to F3.

I’m writing this for JoyCon since 7th grade teachers frown on writing backblasts in class.  I came to F3 to work out and thats been great.  But finding a place where I can bring my son and he can be around men who are top notch role models was unexpected and special.  Thanks guys.