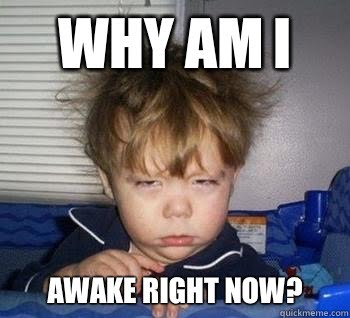 Alright so I’ll admit, things started badly for YHC. Maybe I was thrown off by the HSPD car parked at the entrance; maybe it was the urge to show some appreciation for the boys in blue by doing some monkey humpers around the cop car, but we in fact did not spoil F3’s relationship with the LEOs; or maybe it’s only because I am a horrible morning person, more on that in a minute.

Started the WOR with a light jog to the entrance and back to the first intersection to circle up. I recited the mission almost flawlessly, but then forgot a core principle (led in a rotating fashion, duh). We then did some SSH and Weedpickers. As we got into Imperial Walkers, I fumbled the cadence. Tried to get things back on track, but then a car came, I fumbled cadence yet again, so we moved on to Sun Gods and Michael Phelps.

We then moseyed back to the parking lot to get coupons and start the Thang.

To get things started, we lined up like we were going to do an Indian Run. With the coupons thrown in, we rifle carried the coupons (Coupon Death March). The PAX in the back was watching for coupons being lowered, if a coupon was lowered the PAX stopped and completed two penalty exercises – 5 Grave Diggers and 10 Goblet Squats.

We made our way around to the playground for the second part of our beatdown. PAX partnered up for an I GO U GO workout. One partner would complete a prescribed number of reps then the other partner would go. Once they both completed the total reps for the exercise it was on to the next exercise. Exercises and reps are below:

We then recovered our coupons, shoulder carrying them back to their rightful home. Then we finished with some stretching before COT.