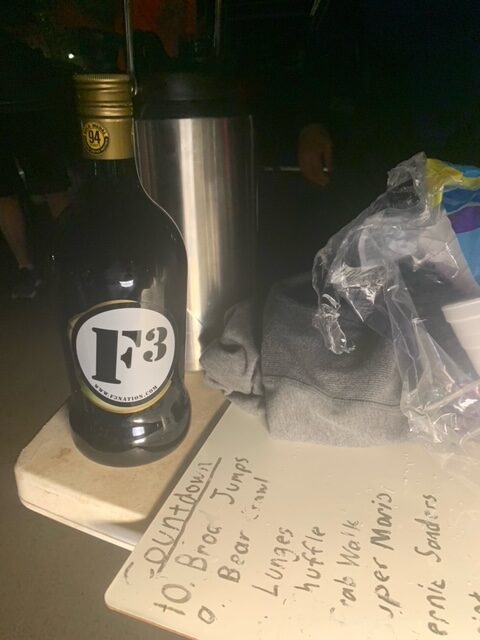 PAX did a quick mosey to the base of the stage.

PAX performed hand release merkins and BBS until failure on the first level of the amphitheater. At failure, PAX would run to the top of the stairs and back to the next level. This was repeated 6x until we reached the top level.

PAX did a 10 round 30 second AMRAP with no rest to close out the beatdown. Exercises included broad jumps, bear crawls, lunges, shuffle, crab walks, super marios, springs, and a recovery jog back to the flag.

Scotchguard graciously brought an irish cream liquor which resulted in the longest COT on record. Barbossa may have had 1 too many, evidenced by his complimenting of Blue Light’s boobs, which escalated quickly.