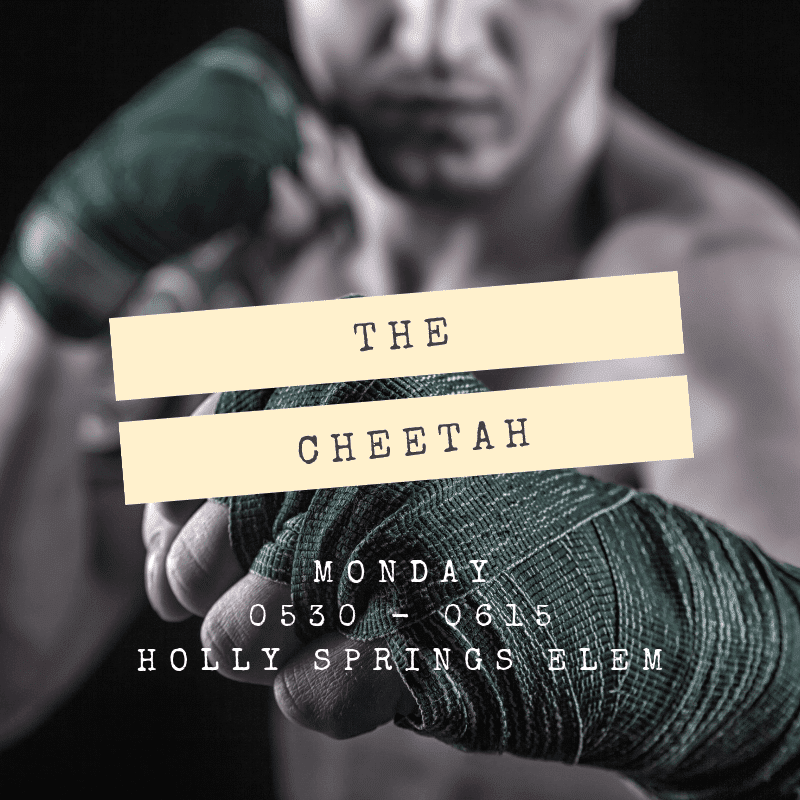 Tinder went on the DL for just a bit from the League on Sat, so he could not post Monday – so he asked YHC to take his spot.  Love it when a plan comes together!

Large crowd was rolling in and Pitchfork was already excited about the count.  Then, even though he walked right by YHC’s car, he began fretting that PH was a no show.  He began instituting plan Alpha Chicken Mounts the Cherokee Rooster 6, but thankfully YHC made his presence known at 0525.

AC came out today, which we all celebrated but Pookie misunderstood the meaning of that and brought the wrong banner…yep…

We started with a very short mosey to give Wiggum his normal time to pull in, park, get his gloves on, check his teeth, clip his nails and massage his thighs before joining us.

Circled up, stretches and warm ups.

HOWLING MONKEYS – Ring of Fire routine, 10 Mhumpers per PAX, hold up position of humper while waiting your turn.  2 rounds with jump squats after each round.

Mosey to parking lot, two single file lines (which takes about 5 min to form each time we do it). Each PAX gorilla walks, then bear crawls, then duck walks (R&R).  Change stance at each parking pace line.  Go across whole parking lot. Star Jump for the 6.

FIRE DRILL – Circle up, go around and each PAX calls FIRE.  High knees while waiting for that verbal cue, then drop, roll to right, merking, roll back left and high knees until next PAX call FIRE. 1 Round is all we need of that stupidity.

Two indian run lines for BATAAN DEATH MARCH. Last PAX does 3 burpees, then sprints to the front.  Circle the school. Tebow and Aquaman ask YHC when the real beatdown begins.  Tebow complained about the quality of the grass and that it was too wet during FIRE DRILLS. Aquaman just continued to stay down instead of getting up when it was his turn.  So…modify at your leisure? 🙂 Bo Peep and Pookie were reminiscing about YHC’s bear crawl routine around the school…need to bring that back soon.

Divide into two teams.  Team one begins routine of 10 Burpees, 20 Star Jumps, 30 Jump Squats, 40 Lunges, 50 Squats.  Team two gorilla walks to first light post (35 yds or so), bear crawls to next median (another 35 yds), then goes back by duck walking to light, then broad jumping home (no bunny hops allowed). Jackalope and Bodybag tear these up.  Bayside would have already been done and reading a book by the time we got back down to start. Team one and two switch after team two picks up the 6.

TUBTHUMPING – Burpee every time song says “I get knocked down…” Quick feet while waiting, modified into SSH halfway in. Epic and horrible finish. Death threats began.

BUTKIS WITH DROPs during Jump by Van Halen.  Kickbox the curb, drop on Q’s command to do a merkin, then back up and kick again.

4 70 yd sprints to finish and really gas you. Grey Poupon, Aquaman and Bodybag went all out the first two sprints.  Not much left for the other two though.  But they were booking it!

Great to have Mr. Bojangles out today as well.  Glad his job transition is going fantastically.

Jackalope was the 6 – prayers for wisdom and strength.