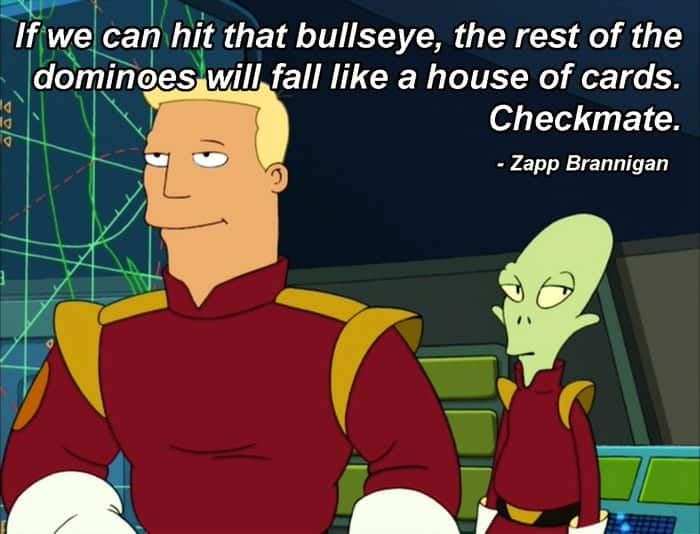 Birthday Q! Thanks a bunch for all that showed up in the gloom this morning with me to celebrate. As pointed out by several PAX, haha, and even my M later that morning apparently my trivia, which I thought was easily guessed, was obscure to everyone else. As Tiny Tat pointed out, had this been a game of guess the song on the speaker, they would have faired better. Despite this, we pressed on and trivia was forced up all who attended….muahahaha.

Moseyed up the hill and around the roundabout, no we were not headed to King’s Academy, although that would have been pretty epic. Ran down past Grapes of Wrath and then back to the front of the school for a little extra mileage.

Maintaining the circle, the rules were explained. YHC would read a notable quote from a popular “sitcom” (this term would soon come into question as to what actually constitutes a sitcom). Depending on their answers the following would occur:

TLDR; apparently YHC watches too much TV and PAX don’t watch enough. Out of the 9ish we read, they got 3…..

If you decided to keep reading, then yay for you! The quotes and answers are included below:

If we can hit that bullseye, the rest of the dominoes will fall like a house of cards……checkmate
– Zapp Branigan, Futurama

A lie is just a great story that someone ruined with the truth
– Barny Stinson, How I Met Your Mother

If my primary objective wasn’t protecting you, I’d kill you!
– Agent Casey, Chuck

Hot girl, Volkswagen. It’s a law. Like water or dinosaurs
– Taco, The League

Today smoking is going to save lives
– Dwight Schrute, The Office

I don’t lose things, I place things in locations that later elude me
– Shawn Spencer, Psych

This is all a moo point
– Joey, Friends

Mornings in the gloom are always special, but it adds a little extra specialness when your bros show up to support you. Plus, the gifted beer and whiskey is an added bonus! Love what F3 represents and love the community that we experience on a daily basis. I couldn’t ask for a better group of guys and I’m looking forward to the many more birthdays that we get to share together.