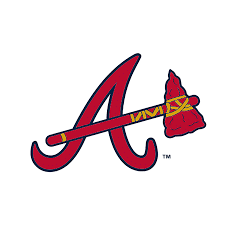 Short short short Mosey around the Amphitheater; circle up at the circle near the pool center.

Review F3 Mission & Core Principles – Pax were concerned that due to inflation, the cost of F3 had increased by 15%..

The thang… Indian Lunge while last in line does 3 burpees and sprints to the front – One Cycle.

Straight into F3 Baseball and bad music… 3 teams of 4..  1B – Flutter Kicks AMRAP, 2B – Merkins AMRAP, 3B – BB AMRAP, home – 7 burpees at the completion of which, all pax on team lunge walk to the next base. High scoring game – each team ended tied with 10 runs.

To the delight of the pax, the music was turned off; conducted Mary for the final few.

COT – Spoken and Unspoken prayer requests; and giving thanks.

It has been a while since I Q’d the clinic. And although many amazing men have left to plant, grow & serve, it is remarkable that the clinic continues to bring out more and more of some of the best men that society has to offer. These are good days and I give thanks.