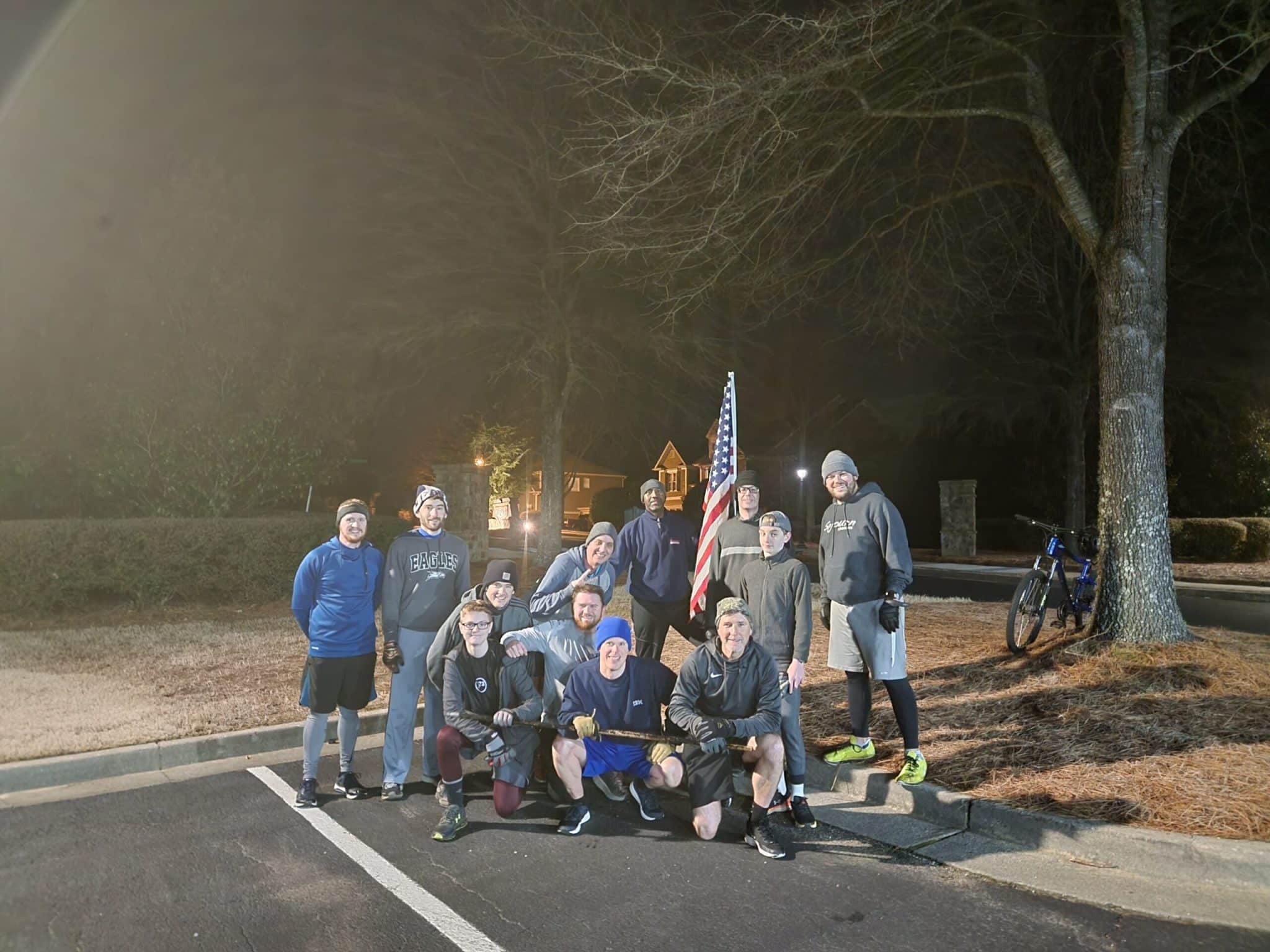 Started out with a brief mosie around all the tennis courts to get the blood flowing.  Continued to warm up with Weed Pickers, Michael Phelps, and Side Straddle Hops.  We then grabbed our “rifles” of varying sizes and shapes, along with a nicely oversized truck tire, and headed out to the football field.  All PAX began Burpee Dans in groups of 7 (6 lunges, 1 burpee, then 6 lunges, 2 burpees – wash rinse repeat) up and down the field, with the first 3 PAX to finish being rewarded with a trip to the tire.

3 Sledge hammers of varying weight were provided and each PAX proceeded to apply  a beating of 50 licks to the tire according to his abilities.

As each PAX finished at the tire, another PAX would replace them, as the “tired” PAX began a bear crawl to the top of the hill (with their rifle) followed by American Hammers.  They then Crab Crawled down the hill (with rifle) to perform that same # of Merkins. Reps for each started at 5, and increased by 5 each time.

At some point a few PAX went back to the tire for some more beating. Guess they didn’t like the tire, or just had more frustrations that the others to relieve!!  🙂

After all PAX had completed at least 1 trip up and down the hill, we did a rifle carry back to the parking lot.  Roughly 10 minutes of MoM took us home to the finish.

COT:
Prayers were lifted for Hustler’s friend’s battle with breast cancer, for career wisdom and guidance for Chubbs, for Couch Potatoe’s father-in-law, and for Paper Jam’s prostate health and “shrinkage”.