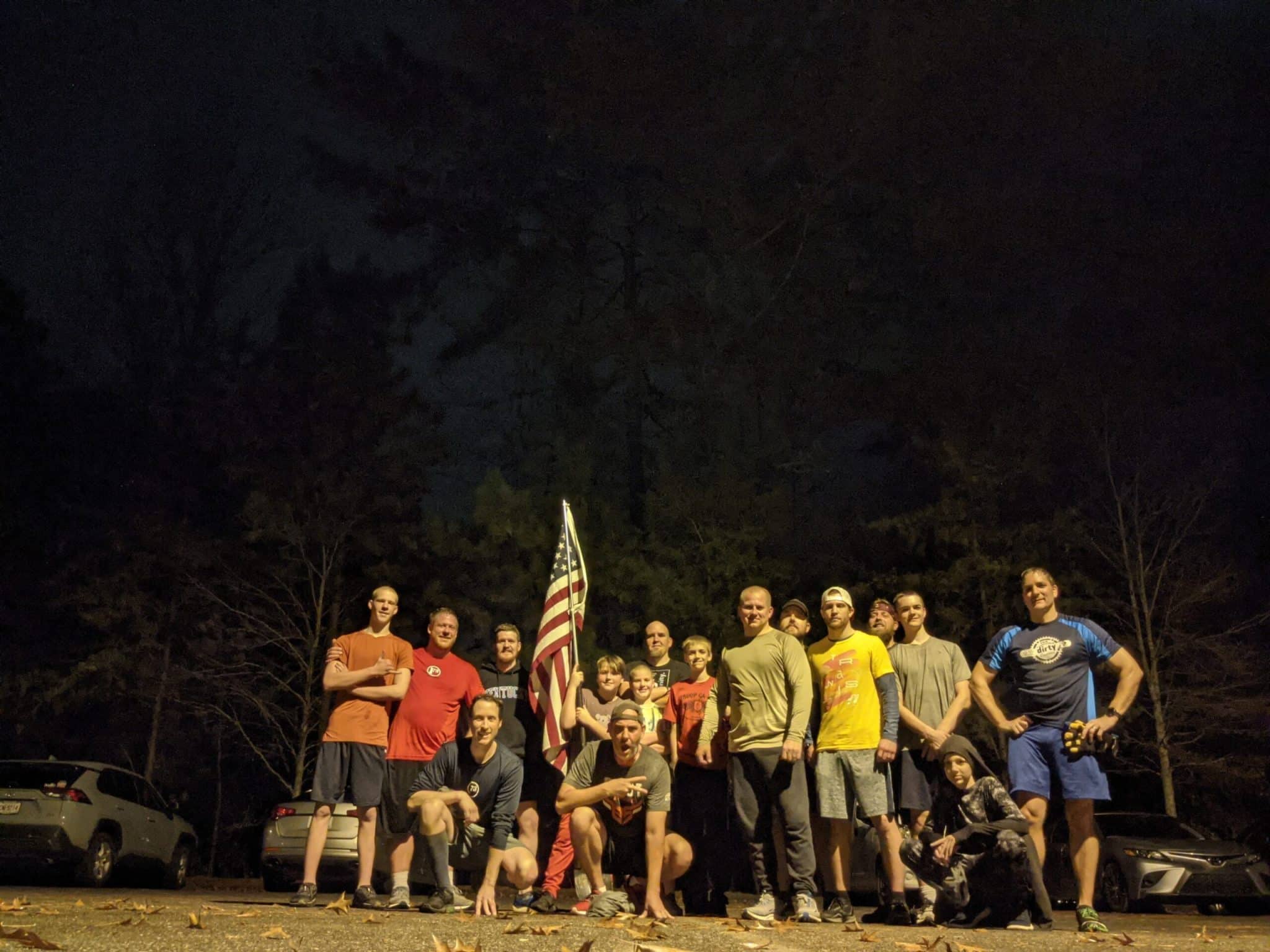 Q’s cadence was helped by Backdraft. However, when Roscoe mentioned this kind gesture, Backdraft promptly heckled the Q causing him to lose count.

We then ran to the foot of the hill on the left side of the parking lot where we got down to the thang.

Q had Pax pair up and work on 5 exercises with 120 reps each. One Pax would work on the cumulative count while the other Pax would run up the hill on the left Q had Pax limit their progress to 20 reps and fill in

After this set we started a round of 12s. Like 11’s but with one more. This was in honor of the Q’s upcoming birthday on the 9th where he will turn 12. At the bottom of this hill we started with 1 4 count flutter kick, ran to the top of the hill where we did 11 merkins. Rinse, repeat. We got through 3-4 rounds before mosying back to the flag for COT.

In the COT we counted off and did a name-o-rama. Roscoe was the 6th man. He shared a word about forgiveness and how it is good and necessary not only to forgive but to be humble in choosing to forget offenses committed against us. The quote he gave us was

“Jesus taught us how to forgive out of love, how to forget out of humility.” ― Mother Teresa

Backdraft also spoke. He cited this week’s newsletter and Foosball’s recent 3rd F talk which included mention of suicide being prevalent especially during this time of year where the gloom can and does get to many men. If you are going to that dark place in your mind reach out! There is a great number of Pax in our region that would drop everything to merely come and sit with you to pull you back from the abyss.

Announcements included options for Pax to spread Christmas cheer this season by participating in giving campaigns.

The Q prayed as best he could for the requests mentioned.

The site Q thanks for everyone who came out for Ringpop’s Bday VQ. Ringpop has been wanting to lead a Q for about a month now. As his father I really appreciate the encouragement and support he gets from F3 to do hard things. There is no better substitute for building real lasting self esteem than accomplishing hard and scary tasks. Your prodding and encouragement is what helps the younger Pax dare to think they can step out into unfamiliar territory. And its that daring to step up that helps them grow into the men we need them to be.