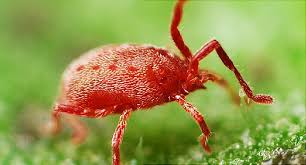 Friday Night Lights for me was down in Columbus, GA.  The game ended around 10:30 with a victory for our team and then the drive home began, with an encounter with a few thunder storms.  I arrived to my humble abode around 12:45 and tried to go to sleep.  I think I was able to doze off rather quickly and according to my Garmin, I fell asleep around 1 am.

I was hightailing to the Chatterbox and got there in time to write my Weinke’s and place them on the field.  Unfortunately, this may have turned out to be to the detriment to Lizard King, as I would find out on Monday morning.  More about that later.  Right at 7 am, we moseyed to the back parking lot where we did the Warm-o-Rama.  We had the usual suspects there with a couple of extra surprises.

This was the eve of my 50th birthday.  Finally, the respects that have been given for the last 2-4 months by some who will remain named, Vanilli and Narco, would be earned by the rotation of the earth around the sun.

We started with Side Straddle Hops – to 50, 60, 100.  I lost count.  Then we did Weed Pickers and then the ABCs on the ground.  You start with your feet six inches off the ground and write out the alphabet with your feet – Capital Letters.  We ended with Willie Mays and the Flamingo.

Because the coupons are NEVER put back in the same place, we checked their storage place behind the tennis courts.  They were not there.  Then we moseyed up the hill and over to their other hiding place and each grabbed a coupon.  Uncle Dick pointed out later that everyone picking up the coupon was unnecessary and he was right, but I didn’t care.

Then we split into four groups and each took a station.  This beat down was a modified four corners.  Our mode of transportation from one station to the next was bear crawls, until I didn’t feel like it any longer.  Heck, Sunday was my birthday and I didn’t give a rip. Although Trill worked to hold me accountable, so I was guilted back into bear crawls after missing one or two opportunities.

There were 4 exercises written at each station.  You would do 50 reps of that exercise and then bear crawl to the next station and do one exercise.  After all four stations were complete, we ran around the track.  And yes, I did cut the last corner.  Heck, Sunday was my birthday and I didn’t give a rip.

The exercises were as follows:

We finished just in time for the COT and enjoyed some special coffee afterward.  Honeypot brought some special sauce for us to add to the coffee.

I also found out on Monday that Lizard King was attacked by Chiggers somewhere along the beat down.  His back has welts all over it, so prayers lifted for him.  I guess he was sweeter than the rest of us.  I didn’t hear of any other attacks.