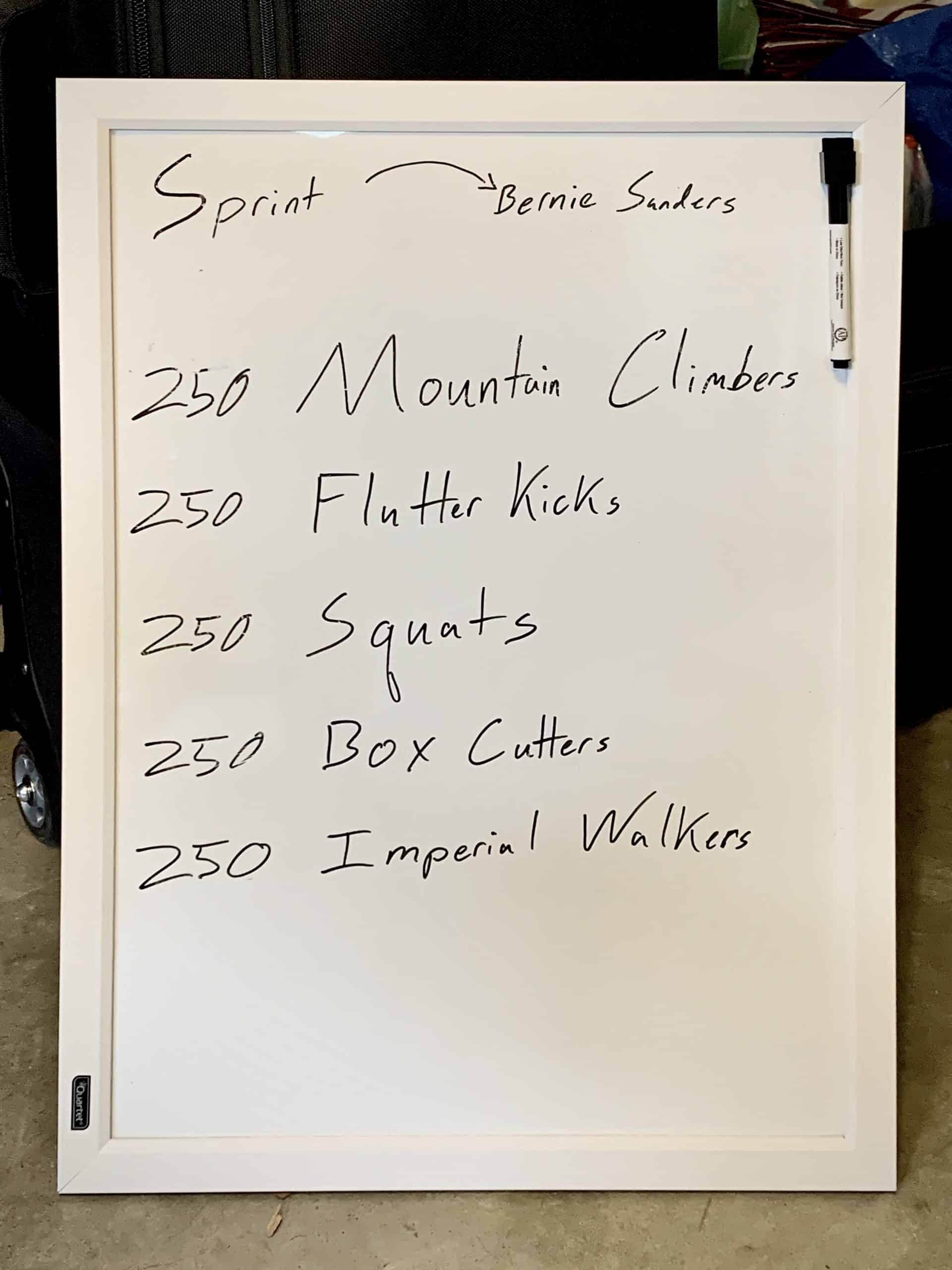 Depends wanted to trade Q days, and I got this shiny new whiteboard ready to go, so let’s do it!

Sprint ~100yds on slight decline to end of lot, then Bernie Sanders back up to rotate with your partner for:

All exercises to count executing both legs as one rep, excepting squats and box cutters/lbc’s. (Kodiak count?)

Prayers for Sharapova’s M and for state of community health and mindset.

YHC encouraged the PAX to keep extra distance to mitigate spread of viral contagions. This affected the exercises as well as the group photo after, and hand sanitizer was given around before coffee was served. 😀

Scamper was sprinting like he had to get to a port-a-john FAST.

Brad Pitt and Geek Squad shouldn’t be allowed to partner up. 😉

YHC didn’t take into account that all the core exercises selected were only lower abdominal, so “core work” became “searing hip flexor torture suffering” by the time we got to 6min of Mary – at which point some sadistic psycho (Maaco or Scamper perhaps? it’s a blur now) called for more flutter kicks.

YHC had this beatdown planned for the coming Thursday, the whiteboard had already been filled out days in advance in waiting so it was ready to go when Depends offered to trade up Q’s. It will see many more Apex beatdowns in it’s future.