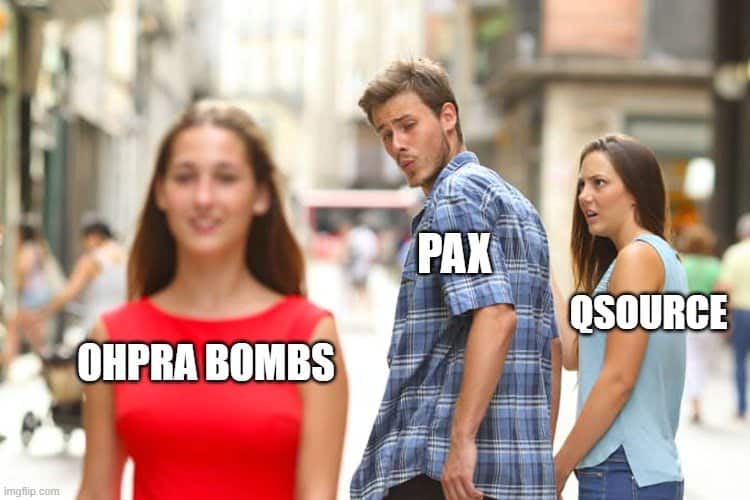 Infamously Icy Hot asked Sooorie at his first visit to the Clinic when he was going to Q.  Since that fabled day, Sooorie has dodged, ducked, weaved, dipped, and dodged Icy Hot’s attempts EHing his first Q at the clinic.  01/14/2022 will be a day that remains in infamy.

Slight mosey to the water fountain to ensure that both the consistent sounds of vehicles and water splashing would provide a unique and adequate replacement to the lack of music at a Sooorie Q.

The typical warm up ensues- SSH, Weed Pickers, Merkins, and an intimate and lengthy session of Sun Gods.   It was rumored that mumble chatter and general hazing could go both ways, to PAX and from the Q, since he had not committed to anything other than pain, and suffering.

The Q then introduced the Battan Death march, which is a fitful play on the Indian run but includes 5 burpees at the buy-in to the run.  Predictably, the PAX complained, and Sooorie felt his tiny Canadian heart grow.  In an attempt to ensure that the eager PAX did not allow their restful state and enthusiasm for running make the PAX who is doing Burpees in the back has to run 1/2 way to the community college, Sooorie took the helm.

Sadly, his efforts were in vain as the PAX who suffered through the Burpees felt a renewed vigor and outpaced the crew.  Having no love lost for grown men who can’t listen to words like slow down, or wait for the six, Sooorie stopped the entire run and allowed the crew to mosey to the community college, where his BBT was eagerly awaiting their arrival.

In almost blissful anticipation, the Big Black Tire was attentively awaiting the begrudged PAX.  Though there would be no flipping, the Tire would serve as a conduite to the aforementioned, prophesied, and promised pain/suffering.

Work out 1- 11’s
We would start with a strongly suggested heavy coupon (Rock) which 10 reps of dead lifts would be completed.  Followed by a mosey (with said rock/coupon) to the middle of the parking lot, the BBT.
Pax would complete 10 incline Merkins.  Retrieve their faithful companion, and Mosey to the top where they would complete 1 overhead press.  Upon their decent, 10 Decline Merkins were demanded as penance, risince and repeat.

This lasted until Sooorie noticed that the PAX has lost hope in this ever ending.  Though pain and suffering are fuel for Sooories Q’s, boredom is unacceptable, stopping the PAX at rep 5/6, we retired our coupons.

Upon feeling a sense of relief Sooorie introduced the Ring of Fire to the clinic.  With each PAX holding a full squat, 5 burpees were demanded of each PAX in a circle until completed.

Having felt that 99% of the PAX could IN FACT obtain a full squat, it was mentally and verbally noted that each PAX who did not do a full squat during beat downs should be hazed, hence forth.

Safely securing this knowledge for the future, the ring of fire continued with shoulder touches and planks.

Having smoked the upper body again, Sooorie brought back Merkins and parking spaces.  A delightful game of bear crawls for 2 parking spaces, and a subsequent 5 merkins until at the top of the parking lot.

Having obtained a sense of accomplishment and hypertrophy for his fellow PAX, a mosey was awarded back to the ampatheather.

Little did the PAX know, that the workout was yet over.  Who needs music when the fitful grunts, mumble chatter, and the occasional curse could fill the air with such melodic enthusiasm.

Wall sits and Handstand push-ups were introduced to the Clinic.  Since Sooorie has the memory that rivals Dory from finding Nemo- he named the handstand push-ups, copying Test tubes work out from weeks before.  Not knowing that balls to the wall included shoulder touches, NOT handstand push-ups.

Mary was awarded to the PAX for the last minute- Since no suffering comes from finishing a workout, nothing else was said.   This was good news.

COT-  Feeling a sense of purpose, Sooorie read “the Charge” from the QSource.  It was observed, heard, and later lambasted.
Prayers and Prayer followed.

Bonus points to Icy Hot and COCO for helping Sooorie retrieve his BBT, and Qsource study followed at J Christophers.