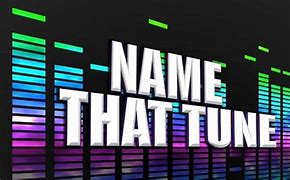 YHC put a call out a few weeks ago to his fellow Apex PAX to get some intel for a future BD.  “What is your favorite band and your least favorite F3 exercise?”

We played Name That Tune With a Twist with that information.  Played the first 20 seconds of a song by that PAX favorite artist, and anyone with the exception of that PAX could answer.  It wouldn’t be a fun game if he could answer, right?  If the other PAX got it correct, we would do a long mosey.  If they got it wrong, we did a short mosey.  For the rest of the song, we all performed that PAX least favorite F3 exercise.  If the PAX was a no-show, we did that exercise for the entire song.

Prayers for our nation and its leaders.  Prayers for F3 brothers.  Watch over WC’s youngest as he is off at camp this week.

Star Jumps are awful.  Lots of PAX do not enjoy being on all fours.  3 minutes of Man Makers are tough.  WC doesn’t like the slow jams while working out.  Brad Pitt only knew Journey.  Exile and GS really screwed us with their artists.

Sharapova, Lucky Charms, and Panhandle’s ears were probably burning this morning as they were chastised for not posting.  Granted, none of them HC’d, but they all chimed in when YHC asked for artists and exercises.

It’s fun to play games, but the next BD YHC leads will just be a sufferfest.  Stay tuned.