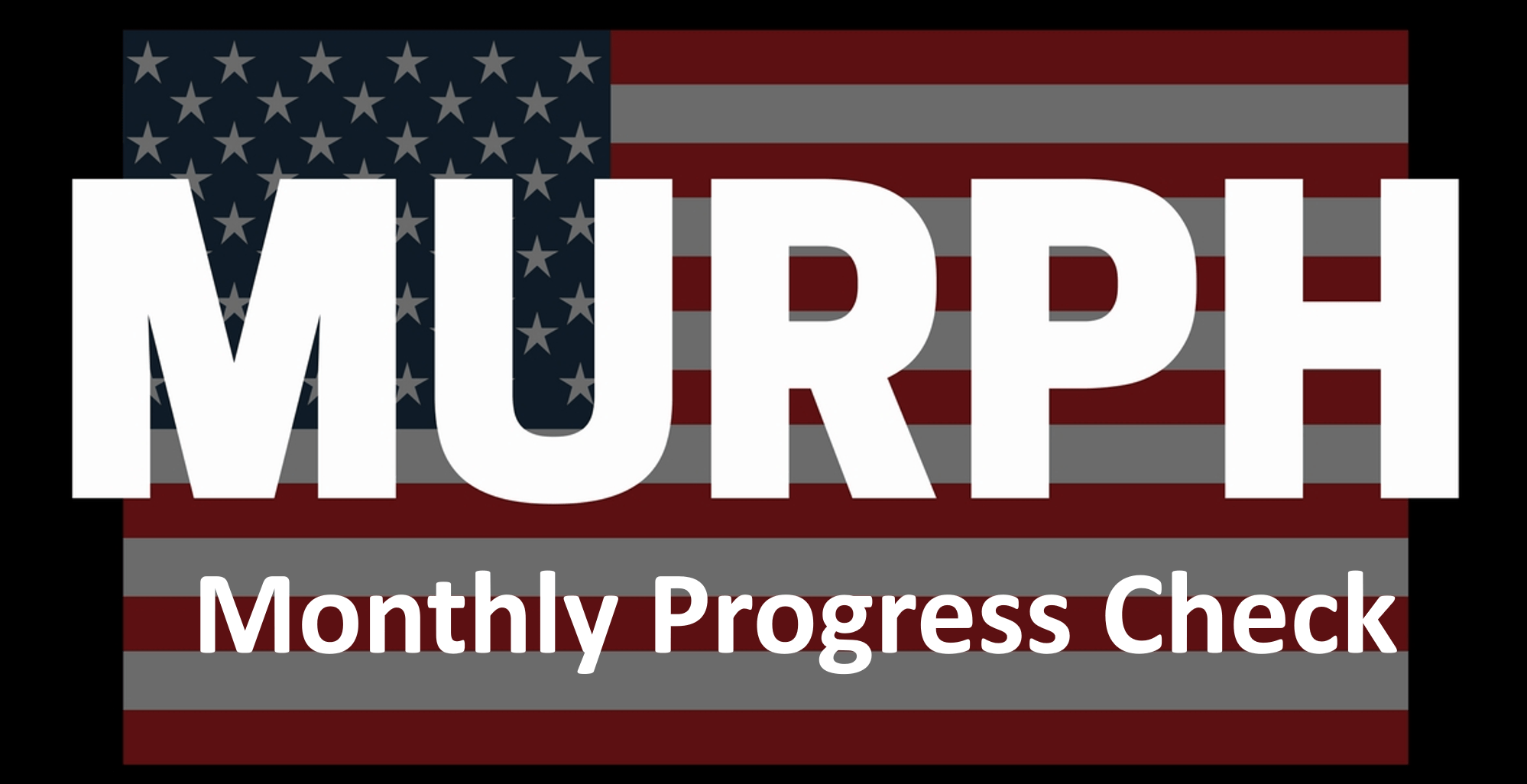 Warma-rama…..there ain’t no warmup on Full Murph Day, we just get after it.

The last Tuesday of each month, we test ourselves with attemping The Murph WOD:

Each Pax did an amazing job, many finishing with a sub-40 min time.  We had 2 Pax join Murph City for the first time – @Coco and @Hans  gruber.  And Gruber came with a weighted vest, crushed it.  @Office Party (with broken toe) still delivered a sub-40 Murph time.