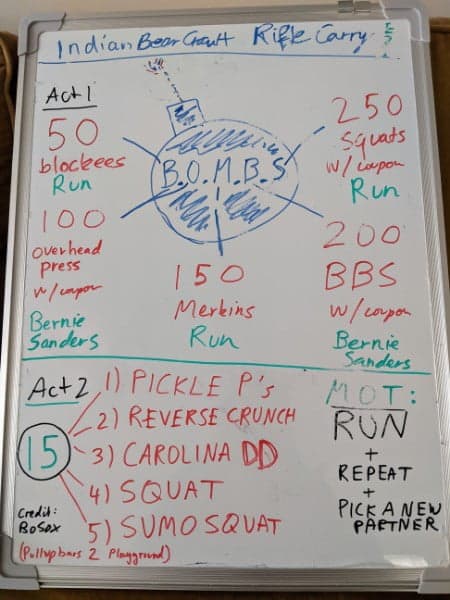 Short Mosey & halt. Time for some Indian bear crawls. PAX hold plank while last man bear crawls to the front , continued until each PAX completed one circuit. Q called it early & switched to a mosey.

LBCs while waiting on the 6.

Finished with 10 minutes on the clock, enough time for a long hike to return coupons & head to the flag for ~2 minutes of Mary.

Pig Knuckle – freedom in his work, for gratitude and contentment

Grylls – for his daughter to quickly recover from foot injury