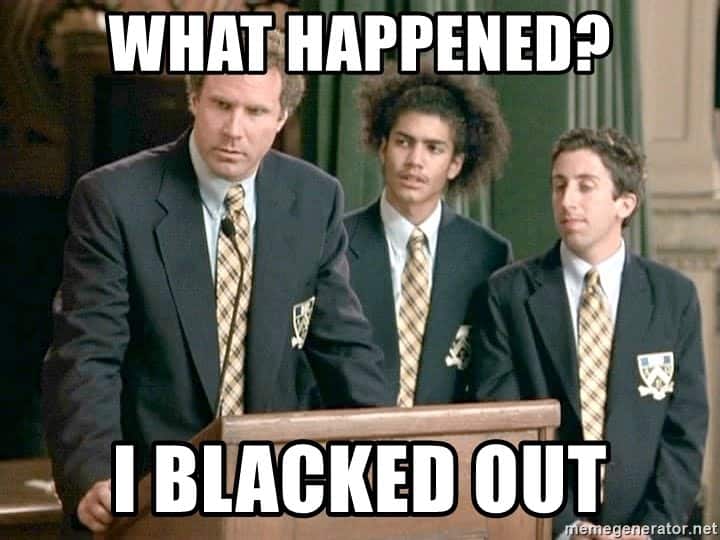 9 PAX gathered in the gloom, including two FNGs — Waffle Cone’s 2.0’s (eventually named Ginsu and Razor) — for the first installment of the monthly War Towne Decathlon.

The festivities began in the parking lot, where Waffle Cone affirmed his HC with his 2.0s, and there might have even been a Geek Squad sighting.  But tales of the existence of the Geek have apparently been wildly exaggerated.

So.  Nine PAX moseyed to the dumpster, retrieved coupons, made the quick jaunt to the multipurpose field.  We started with the mission, the core principles, the disclaimer, and then the following transpired:

The benchmark monthly workout War Towne is as follows.  The first Saturday of each month, we will perform the following workout and compare our times (or where we get before time expires) and mark our improvement.

**Start at two at base of amphitheater, increase by two reps with each step of theamphitheater until the top step

The consensus seemed to be that the 100 kettlebell swings after 200 yards of broad jumps were particularly evil.  It prompted mumblechatter from the PAX, who rightly questioned the sanity of the QIC.  Some even remarked that the QIC seemed to be nice at one point.  But had since turned into a cruel, coupon-fixated taskmaster.

The QIC recalled his early days as a PAX, where one of his fellow F3 brethren devised a beatdown composed of an endless rifle carry followed by manmakers.   But I digress.

The PAX performed the first installment of the decathlon impressively.