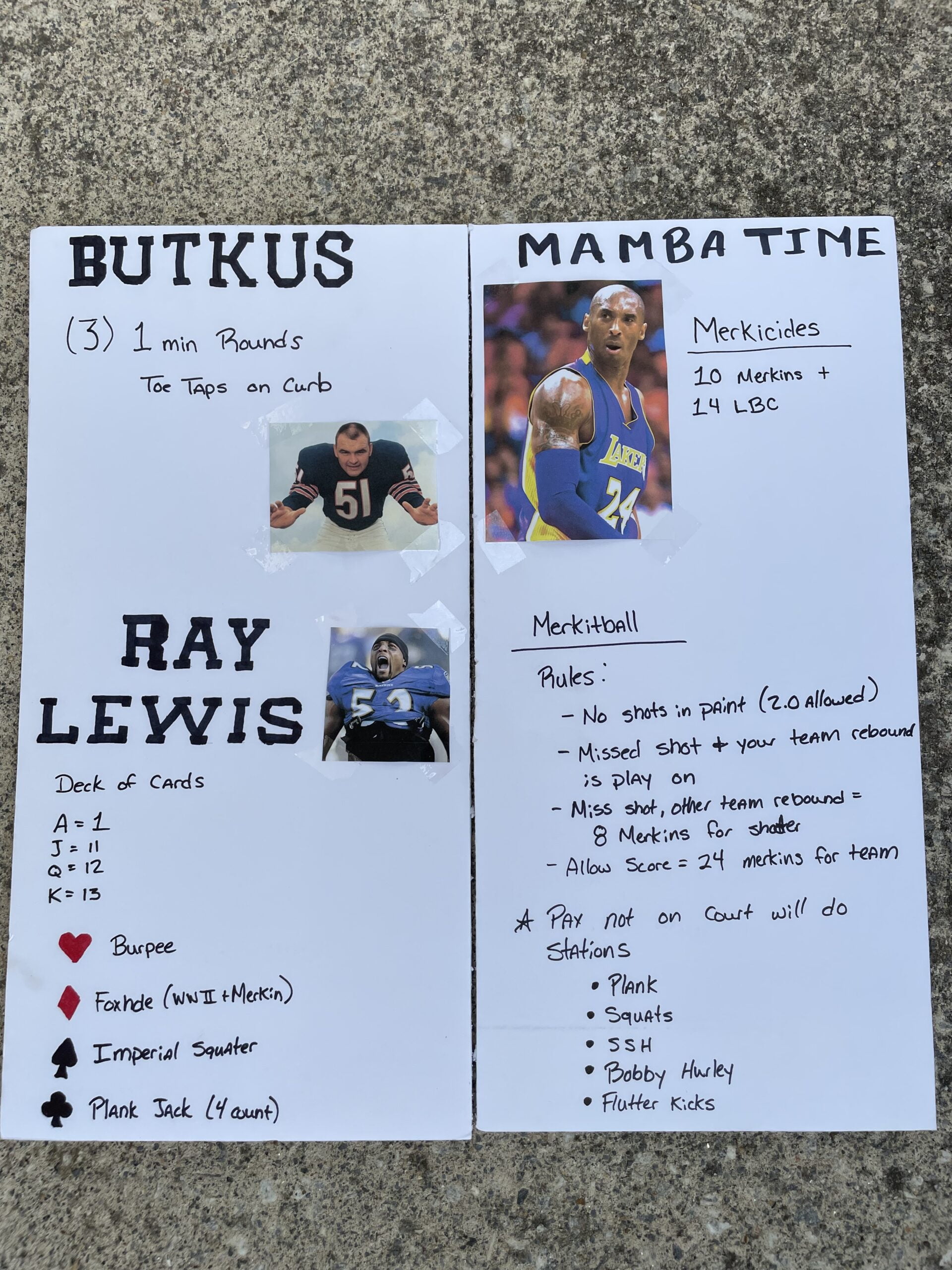 I quickly felt like Shane Falco, fumbling my cadence. Roscoe P comes in a with a comment and my cadence quickly became a Mark Sanchez butt fumble!

I quickly turned it around like Tom Brady (first, last and only reference I will ever give TB12) did in the Super Bowl (insert Falcons ouch here) when we moved on to The Thang:

Started with 3 rounds of Butkus and quickly felt like Dick when we started round 2.

Ray Lewis was next. I pulled out a deck of cards and we completed the prescribed exercise according to the suit. Ray Lewis used a deck of cards for his workout when he was a child. That was the reason he wore 52.

Reps we done according to number on card.

Once rep was completed run across parking lot and back. Pax took turns drawing the next card.

We then moved to the basketball courts for some Mamba Time.

We then divided up into 2 teams to play some Merkitball. Taking the court felt like we were walking into Semi-Pro, only missing Will Ferell’s fro!

Rules of the game:

– only 2.0 were allowed to shoot in the paint

– miss a shot and your team gets the rebound = no penalty

– allow a score = 24 merkins for the whole team

Lefluer turned the count-o-Rama into a wrong way Elway situation, so QIC made him the 6th man