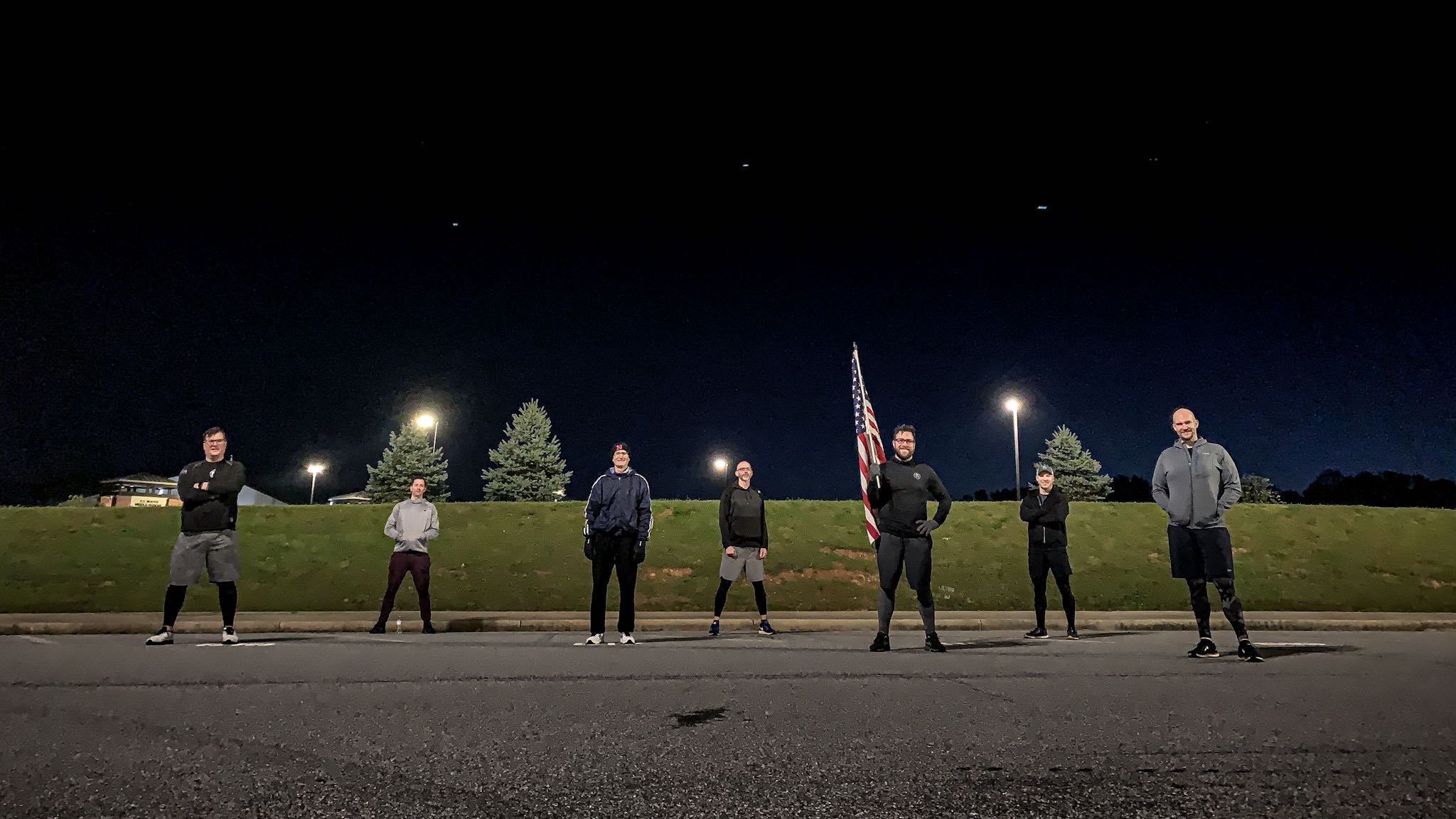 YHC has Q’d The League (the best AO) multiple times but Exile kept saying it “didn’t count” and “wasn’t a real workout” so I decided to pull one together for the shield lock. Requested Geek Squad to bring the coupons and then of course 8-bit’s WOD also included some coupon work, so that was a nice coincidence.

Station One: start with 5 reps each exercise with coupon, add 5 each cycle

These were going to be 5 each, add 5 each cycle, but it turned into add 1 each cycle after the second cycle. Merkins after burpees is shoulder murder.

After about 25 minutes of that madness, we snagged coupons and deposited them in their storage area, but not before doing 20 OYO overhead presses with them, since that’s Waffle Cone’s favorite.

Back to the flag area for Mary. Bunch of ab stuff and some weird plank / lunge murder circle from Brad Pitt until we got to time.

Prayers for those dealing with decision-making, sickness, sick loved ones, or being cooped up with crazy loved ones. May we show each other grace and love during a time that’s rightfully difficult for a lot. Prayed that God shows his love to us through times that are difficult.

Well, I won’t do it quite like that again. The second station is likely to turn more into an ab station than a shoulder station. YHC enjoyed the arm workout though.