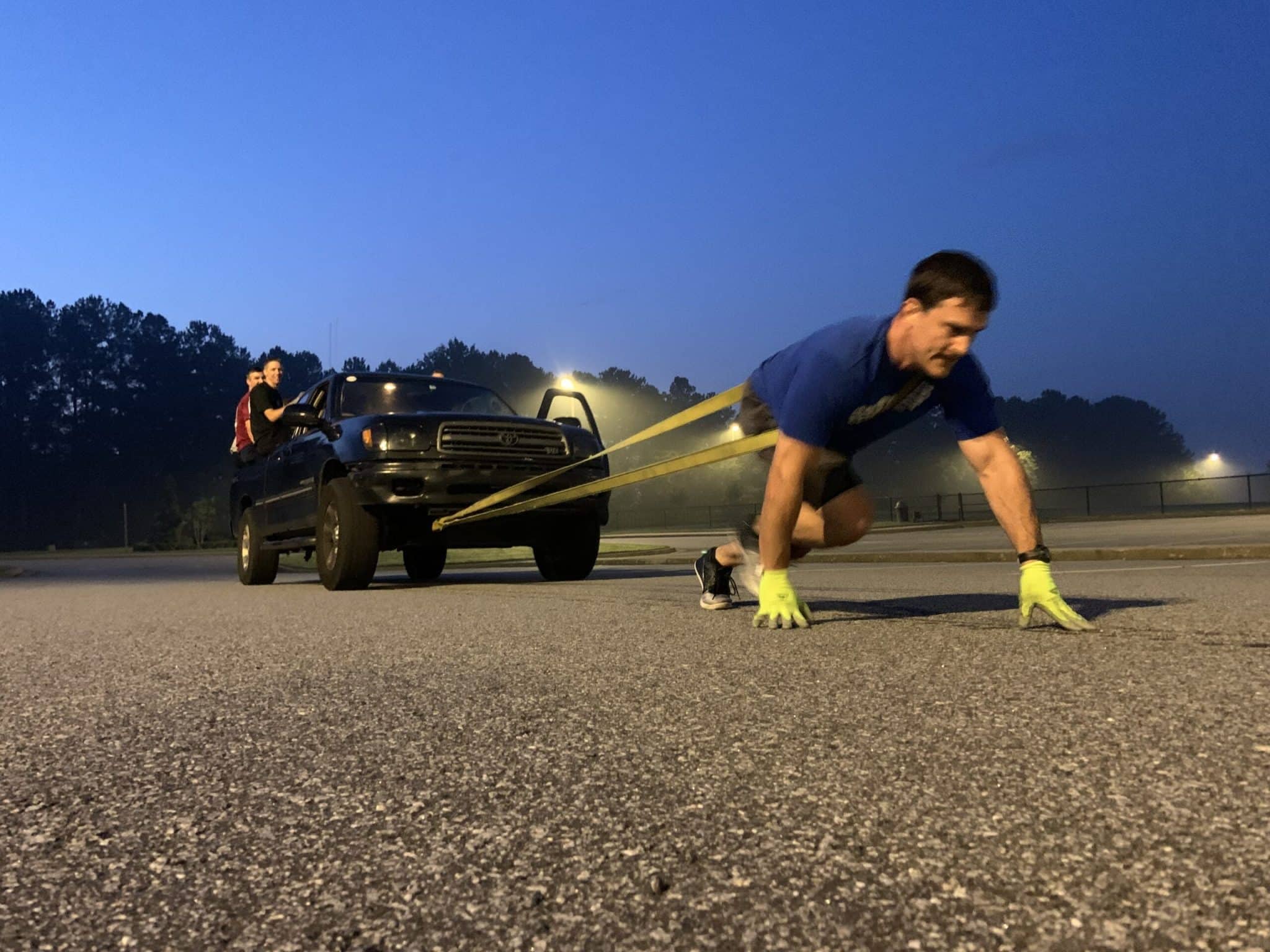 Easiest  Beatdown I ever planned! This was a great kickoff to my 2nd F3 anniversary week, and my first of 8 Qs in 7 days! 😬

We did a quick mosey from the flag to the bus lanes at the middle school.  Circled up and gave the F3 disclaimer. Warm-o-Rama: mosey to front of said middle school.  Yup, that was it! Had some fun and hard work in store, so didn’t want to use valuable time.

We only had two “exercises” – burpees and towing my truck (in rotation). The count was 20 burpees. The catch was however many parking spaces the truck got pulled, was subtracted from the # of burpees. Example: if truck was pulled 7 spaces, we did 13 burpees. And if the truck was pulled the entire 12 marked spaces, we were exempt from the burpees.  Each Pax took their turn.  We did far less burpees than I expected.  These guys are beasts!  I tried to find the weight of the truck, anywhere between 4,500-6,000 lbs.  Factor in bad bearings, 20 years of grim build up… we’ll go with the higher range.

Anyway, many of the pax made it all 12 spaces. Starting round 2, anyone whoever wasn’t pulling got in the back of the truck for some extra weight.  It was tough before, now with an additional 1,500+/- lbs, it was REALLY tough!

But it was FUN!

Time ran out, and I think everyone was a little sad to stop. As we got back to the flag, Geek Squad was there to greet us with some hot coffee!

As always it is great to be out with the guys working hard. Lots of fellowship today! It was encouraging to hear all the encouragement for the pax pulling the truck.  When life is difficult and overwhelming, it is good to have a cheer squad at your back urging you on.  When you are tempted to fartsack, think of another pax who needs your encouragement and get out in the gloom!