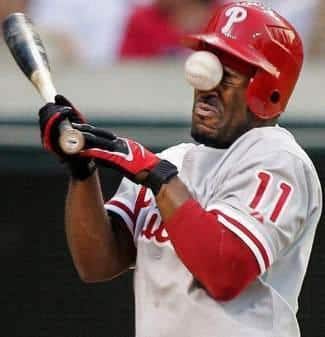 The rain stayed away this morning, but it sure was wet out there! The HIM’s today really got after it!

Q: What do the Philadelphia Phillies and lawn furniture have in common?

A: They both fold and end up in the cellar after Labor Day!