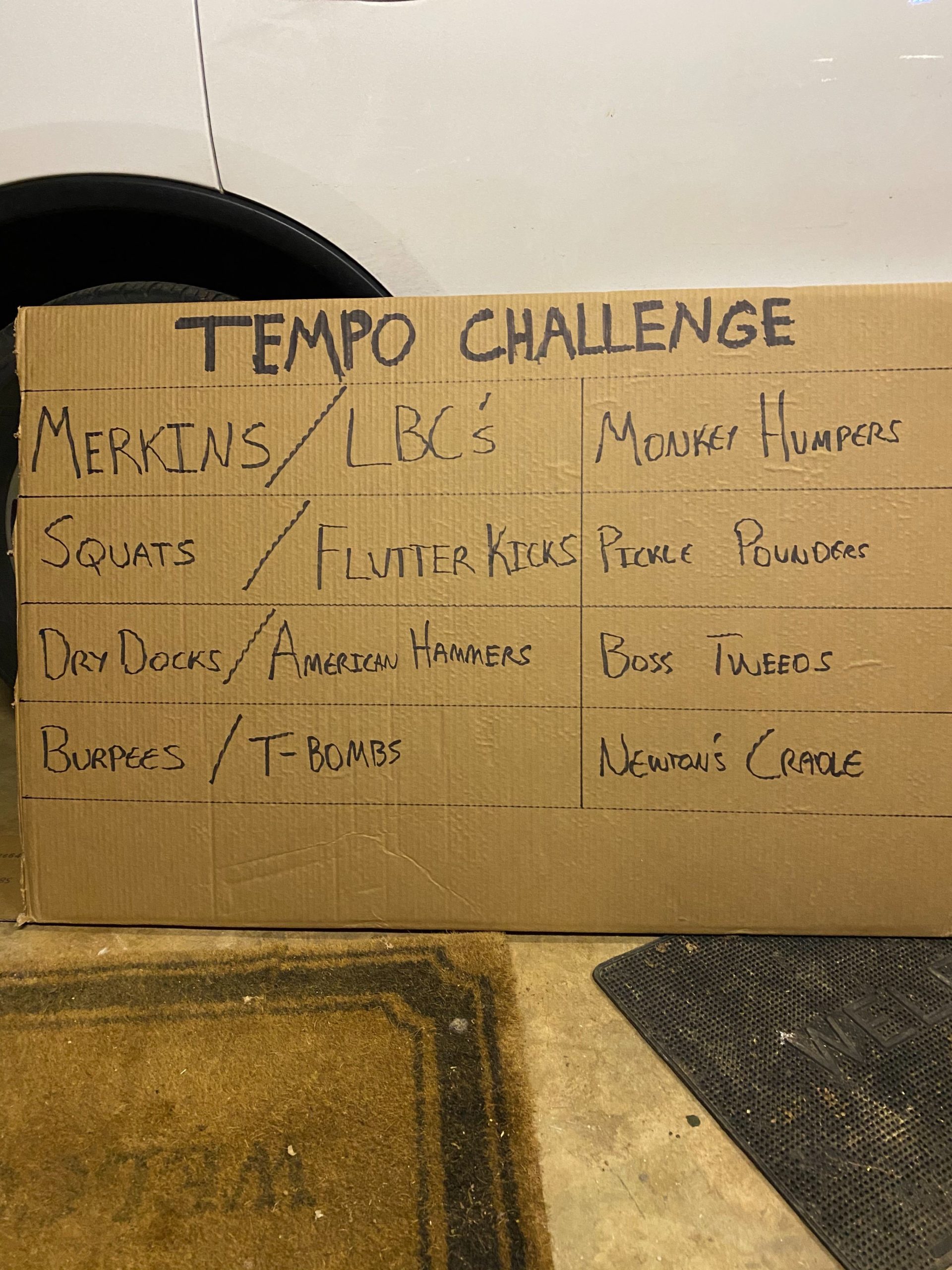 The Thang: YHC brought out a big giant winkie that had 4 rounds of exercises listed on it. Workout to the timing of the music (two minute song followed by the one minute song). Exercises for the two minute songs were performed in sets of 10 for the full two minutes.

Naked Man Moleskin: We worked hard out there today. No breaks, no rest, cause that’s what it takes to be the best! Most of the 1 minute song exercises were lewd in nature which led to some good jokes.

Always a great group out at Stoneclad! Love F3.