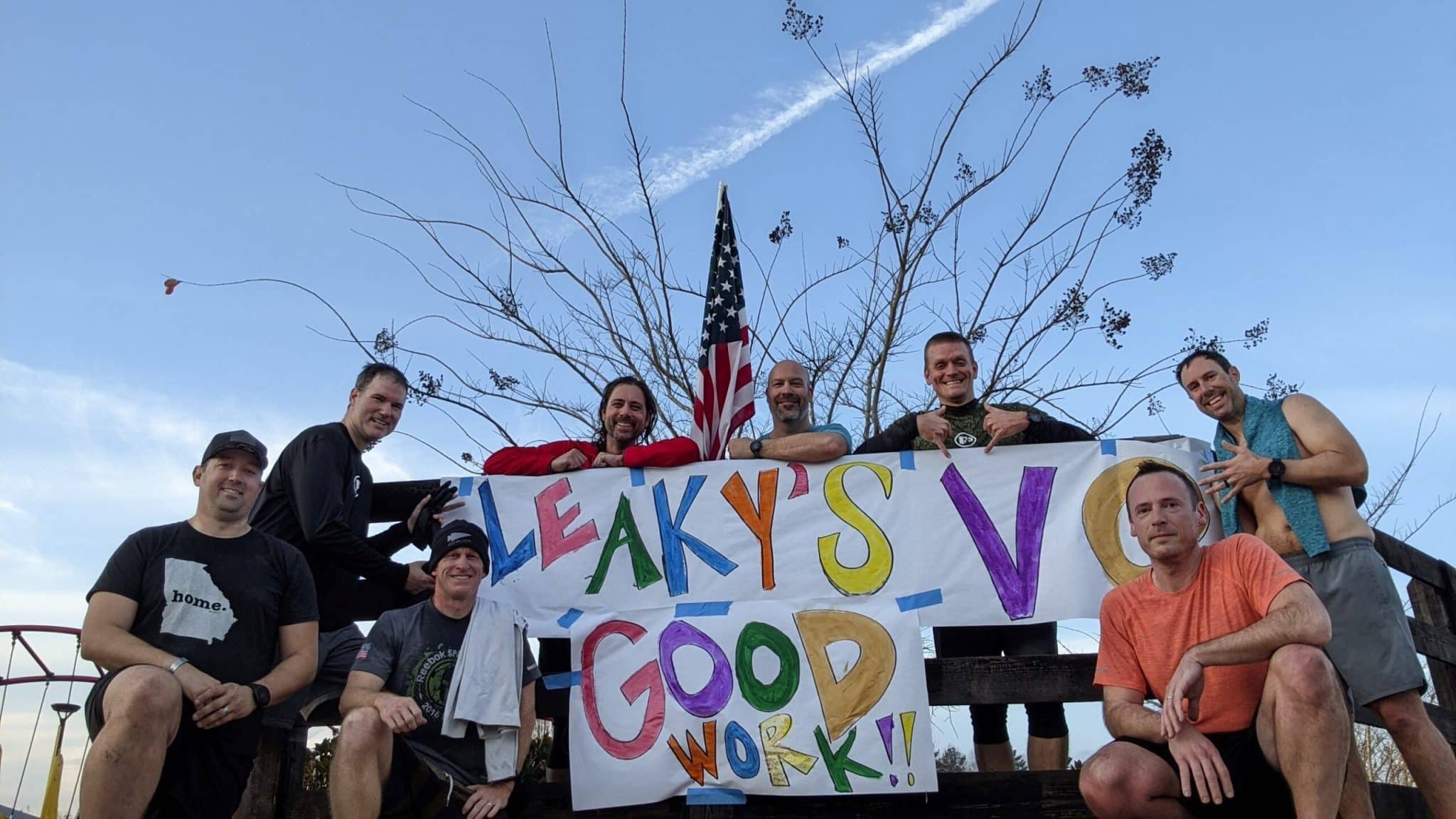 Warm-O-Rama: Started with a light mosey through the parking lot. Stopped and circled up for some SSH & Weed Pickers. Afterwards we moseyed up to the upper parking lot by the skate park/tennis courts. This is where the fun began.

The Thang: 4 corners – Burpees, Merkins, LBC’s, & Mountain Climbers. Completed 4 rounds and for no reason threw in a 5th. But in honor of Bloodhound I threw a curve and we added some Bear Crawls. Moseyed to the tables by the tennis courts. The PAX were on 4 different tables where each table completed 10 dips while the other 3 tables held the dip position. Then off to the track. Completed about 3/4 of a loop but stopped at each marker for a PAX lead workout where the count increased by 5 at each marker. Burpees of course made the list but the best came last. The man, the myth, the legend Reststop called out the little known “Apolo Ohno’s”. All hell broke loose! His foot work would remind you of Kevin Bacon on Footloose (if Kevin didn’t actually have feet)! With time running out we started a mosey back to the flag. Again a curve was thrown. In honor of Hopper it turned into an Indian run. And again all hell broke loose. We zigged, we zagged, we even ran backwards at one point. Even made a “run by” to the boys at the League. Finally made it to the flag with some time to spare. On your 6 for few workouts before time expired.

COT: Prayers for all the men who posted and those that didn’t. Our families and for the days to come.