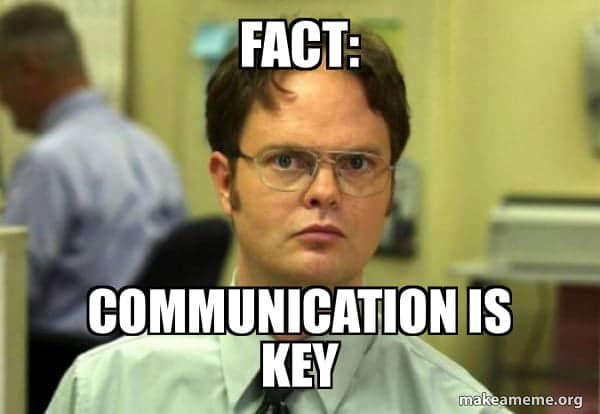 
Cold cold morning at the Clinic. Not sure if that was the reason the attendance was the lowest in months or the Slack chatter that Saluki may show up in leather chaps. Either way, the 10 of us got after it!!

PAX broke up into pairs (5 groups of 2). YHC described that we would be building our communication & teamwork skills. Each pair received a sheet of paper with 6 questions. The answers to the 6 questions were posted somewhere around the AO with each having 3 exercises to do once the PAX arrived. The pair had to work together to figure out the answer, find the answer & then complete the exercises. THE KICKER – You were not allowed to talk. Talking resulted in 5 burpees per person.

Halfway through the allotted time, after watching all the PAX run around frustrated and confused, YHC told them the talking ban was over and you could communicate freely. At this point in the BD everything started to flow more smoothly, exercises were being accomplished faster, direction on where to go was easier, etc.

YHC started by explaining the lesson behind today’s BD. In marriage, in work, in life, communication is key. When we couldn’t communicate with each other the BD was chaotic & stressful. The minute we were allowed to communicate again things flowed much smoother.