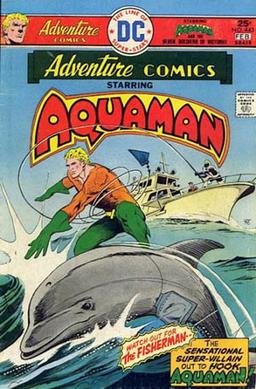 YHC has been looking forward to this Q for a long time!

Conditions were right for an idea I’ve had knocking around in my head for a while now. The basic premise- ruck down to the Noonday Creek Trail and then down further into Noonday Creek for some wet and wild ruck PT.

We met at the Amphitheater. One of the PAX was running late (no names, rhymes with bait-fit) so we circled up for a quick ruck on warmarama. Simple SSH, but sure enough the mumblechatter started already. I mean really, is 40 ruck-on SSH that big a deal?

Our latecomer pulled in on two wheels (no name, rhymes with ape-sh$t) and we were off. We rucked with (at least) 30 lbs on our backs and most of us brought 20# sandbags. Through Woodstock to the trail, up the dog park ramp, and (after stashing our sandbags) down into Noonday Creek. YHC had a new variant or Manmakers I wanted to try, Manmakers in the water AKA Aqua Manmakers. (I’m going to submit it to the Exicon.)

On the way down the embankment one of the PAX (no names rhymes with hate-pit) performed a comical slomo pirouetting slip and fall, nearly taking Rambling Wreck out with him, but they both recovered well.

Safety note: Any time you enter waer with a ruck/backpack on you should make sure to unbuckle the chest and waist strap. This makes it easy to shed the pack should you go under the water unexpectedly. I neglected to mention this to the PAX until we were already in.

We entered the water, and got to work. First up, Aqua Manmakers! A thirty pound ruck is surprisingly hefty when it’s coming up out of about a foot of water. I’d imagine the deeper you go the harder it would get. We did 10, in cadence. It was glorious.

From there, we started traveleing downstream. We stopped along the way for Monkey Humpers, Flutter Kicks on a sandbar, Merkins, and Copperhead Squats, all ruck-on.

As we moved downstream we came to some logfalls, and we negotiated those obstacles as a team, making sure our brothers climbed over (or in Mouth-to-Mouth’s case stepped over) safely. At one point we were nearing chest deep water.

We waded a little further downstream until an exit back to the paved trail presented itself, and rucked back to the amphitheater picking up our sandbags along the way. We did some rifle carry and farmer’s carry variations with the sandbags on the way back.

Once we were back at the amphitheater we still had a few minutes so we planked up with our rucks on to grind out the time.

NMM: When you have something really stupid planned you always wonder how the PAX will respond. Once I made that turn down the bank and into the creek, the HIM followed me right in (although there was some mumblechatter accompaniment). I appreciate the support from the PAX that were with me today!