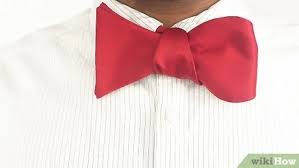 The idea for this beat down was in the making since Halloween.  I didn’t do it back then because it rained, but I wanted to give the Pax an opportunity to run the square in a different way, maximizing the mileage.  I arrived early (for me) but had to set up and that took me right to 30 seconds before start.

Someone drove up in a new fandangled hybrid jeep, right at the last second, making a pretty dramatic entrance.  This person is not known for their flare, but their mild manner ways and solid leadership.  However, they have been known to throw a cinder block away from Vanilli, not to be confused with his alter ego, Vanilla.  It was Lizard King, returning from his time away with a new mode of transportation.  We were all in awe.

We ran to around the parking lot, in what eventually became known as the pink bow tie, dubbed by GotteeDaddy, because of the shape we created with our running, and the pink chalk I used for arrows to guide us through our workout.

It was not necessarily the usual, but it was.  We started with weedpickers, then did the driftwoods, then SSH and that was it.  Short and simple.  Mileage was our goal and we had to get to it.

We started at the stairs in the corner by the weight room.  There we did calf raises and then eventually donkey kicks.  Then we ran down to the entrance where we did merkins and eventually Freddie Mercury’s.  We ran diagonally across the parking lot (back tot he flag area), where we did leg raises, or as I dubbed them, touch the rail.  We held onto the safety rail and touched it with our toes.  And eventually, that transitioned to American Hammers, because of course, Rocky did defeat Drago in Rocky IV.  Then we ran along the fence and toward the ring road, where we did squats and eventually dips.  And finally, diagonally back to where we started with calf raises.

We concluded with Vanilli’s favorite.  We took turns dragging the tire to the light post and back while each pax called out an exercise.

Prayers for:
Coppers friend who was martyred for his faith in Baghdad.
GoDaddy’s sister to be healed of a tumor in her neck.
NesQuik’s uncle who is in the hospital.
Vanilli’s friend Brian, who needs a liver transplant.
Silverado’s M and for his family as they navigate her going into hospice.  We pray for comfort.
And wisdom for us all as we navigate, home, work and parenting and life choices.