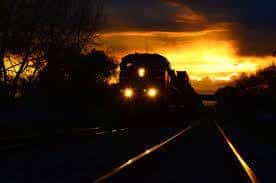 COT:
Trill was 6th man, offered some great feedback as to what F3 means to him and has done for him for almost the last two years. Prayers for Scarlet and his friend as they are experiencing some trying times.

NMM:
Great experience for my first Q, really appreciate all the men that made it out. Special shout out to Trill and Scarlet for coming out to support a fellow Chatterbox brother, and to Trill for some post-beatdown beers! The running portion of the DORA was a little longer than anticipated, but I think things worked out well. Had to consult the website and ended up with a few uncommon exercises just to spell TRAIN, and most PAX appreciated the varied approach. Great fellowship and chatter throughout the beatdown and especially after. Great story shared by Vespa regarding the first time he “kissed” Adam Cunningham on the, ahem, “cheek”. Ask him about it sometime, he seemed more than willing to open up about it!