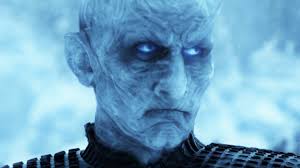 YHC was a bit concerned at 5:20 when he was the only car in the parking. But the cold didn’t keep the Kodiak PAX away as the trucks came rolling in. YHC was feeling pretty good about his beat down until Cricket rolled in followed by Duke (and Homeboy). He knew he had to be on point now.

We started with a mosey to warm up with SSHs, weed pickers, good mornings, sun gods and Michael Phelps. So far so good.

Another mosey to the Creekland bus lanes led us to the first thang:
Bus lanes doing merkins in the odd lanes and squats in the even lanes. Finish two lanes and run a lap. Do a long lap and it was 2x the bus lane number. Do a short lap and it’s 4x the lane number. The PAX chose the longer runs over the extra exercises. Some say it was the math got too hard with all those big numbers but that’s just a rumor. After 20 minutes and about 16 bus lanes we moved on to the second thang.

Borrowing from the F3 archives, YHC broke out the 7 of diamonds. Four cones were set in the parking lot. Round 1 was 7 burpees at each cone with the run in between cones always facing the school (forward, karaoke, backward, karaoke). Round 2 was 14 BBS, Round 3 21 flutter kicks and Round 4 shoulder taps. White Claw asked if we were doing Kodiak count so YHC went with his recommendation. Much to our dismay in Round 4. All in all a good time and workout with Swisher leading the cheer and dance parade. The beasts finished the whole set then picked up the six to get us back to the flag just in time.

Lots of good CSAUP opportunities to finish the year. Prayers for the all the high schoolers but especially the young lady that Depends posted about in the 3rd-F.

For those wondering the sibling rivalry ended in a too close to call. New site Q Pella is already working on the rematch.