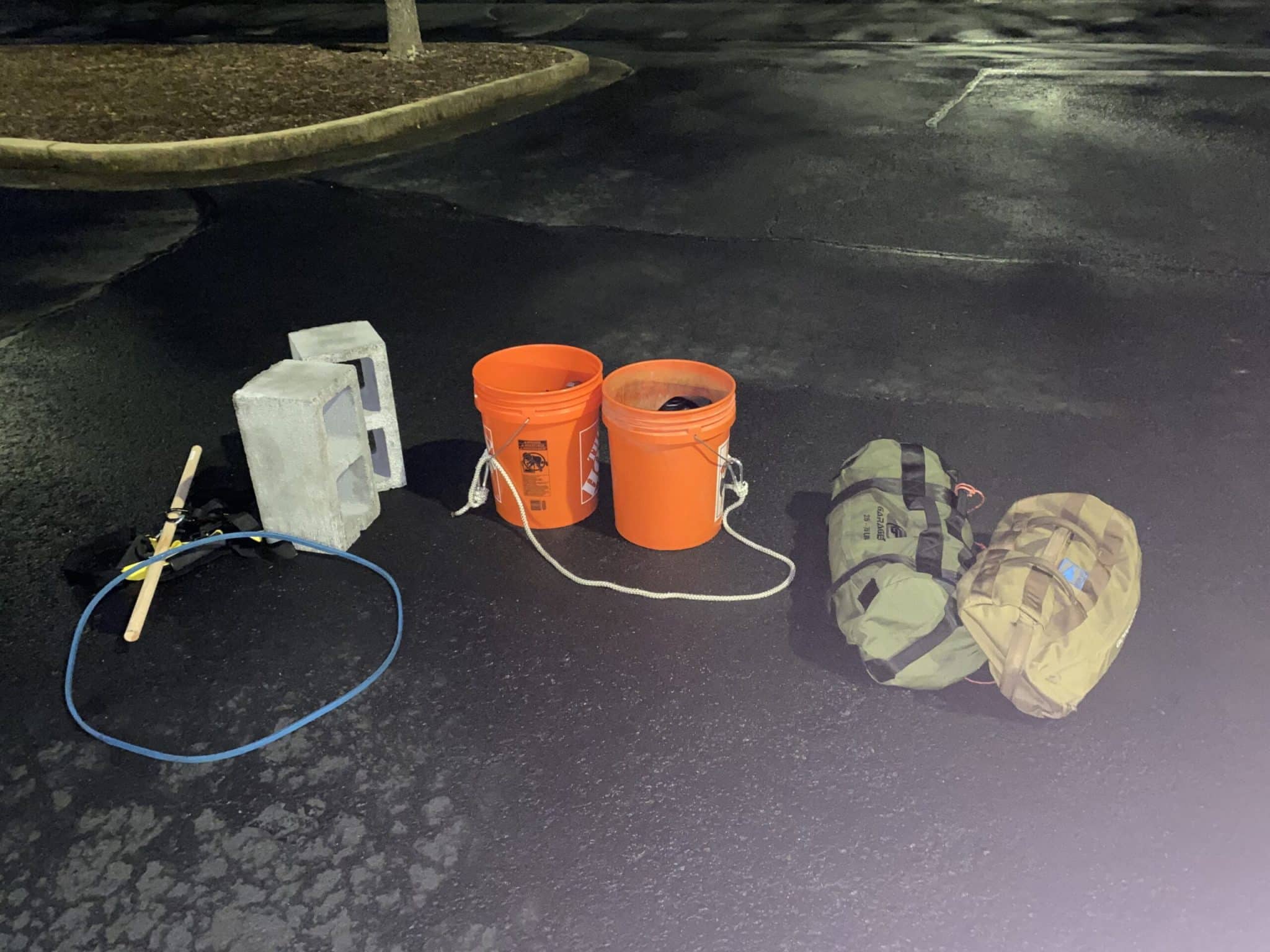 6 PAX showed up in the gloom and the rain held off for the entire BD.  We moseyed through the parking lot and stopped for a quick warm-a-rama (lots of work to do today).  After SSHs, YHC led 10 reps of very slow speed Mountain Climbers.

Form February: Today’s focus was Mountain Climbers.  YHC tends to do them fast, but ineffective.  So we slowed them down and really focused on getting those knees all of the way up to the elbows.  Then we stood up and realized we usually do that movement very poorly.

Doughboy learned a valuable lesson about commenting on another Q’s playlist during a BD: someone is always listening – and there are consequences to his commentary.  He (well, all of us really) got a taste of the full arc of Taylor Swift’s artistic development.  For someone who acted like he was disgusted by this, Doughboy knew (and sang along with) an awful lot of the lyrics.

After each partner pair rotated through all 8 stations, we moseyed back to the flag with just enough time for some T-Bombs.

COT: YHC shared about my family praying through the adoption process again.  It’s a long journey, but we’re preparing to go through it one more time.

Naked Moleskine: YHC took a chance and created some new coupons and other “toys” for today’s BD.  Most of them worked, but the “Rifled Wheelbarrow” contraption was an epic failure.  One of the things that makes F3 stick for me is the fact that I never felt for a single moment like the men around me would just stop the training or think less of me if I tried something that didn’t work.  Doughboy and Space Cadet gave their best effort and quickly modified to normal wheelbarrows.  Air Bud and YHC did the same.  Everyone pressed through, tried out all of the new movements, and got in a great beatdown.  I really appreciate the men of The Colosseum: the hard work they put in every single BD, and the encouragement we offer each other at every turn.  I mean – of course everyone laughed at how badly the Rifled Wheelbarrow went (it was predictably absurd in hindsight).  But it was laughter that said “that was a terrible idea, but we’re glad you took a chance.”