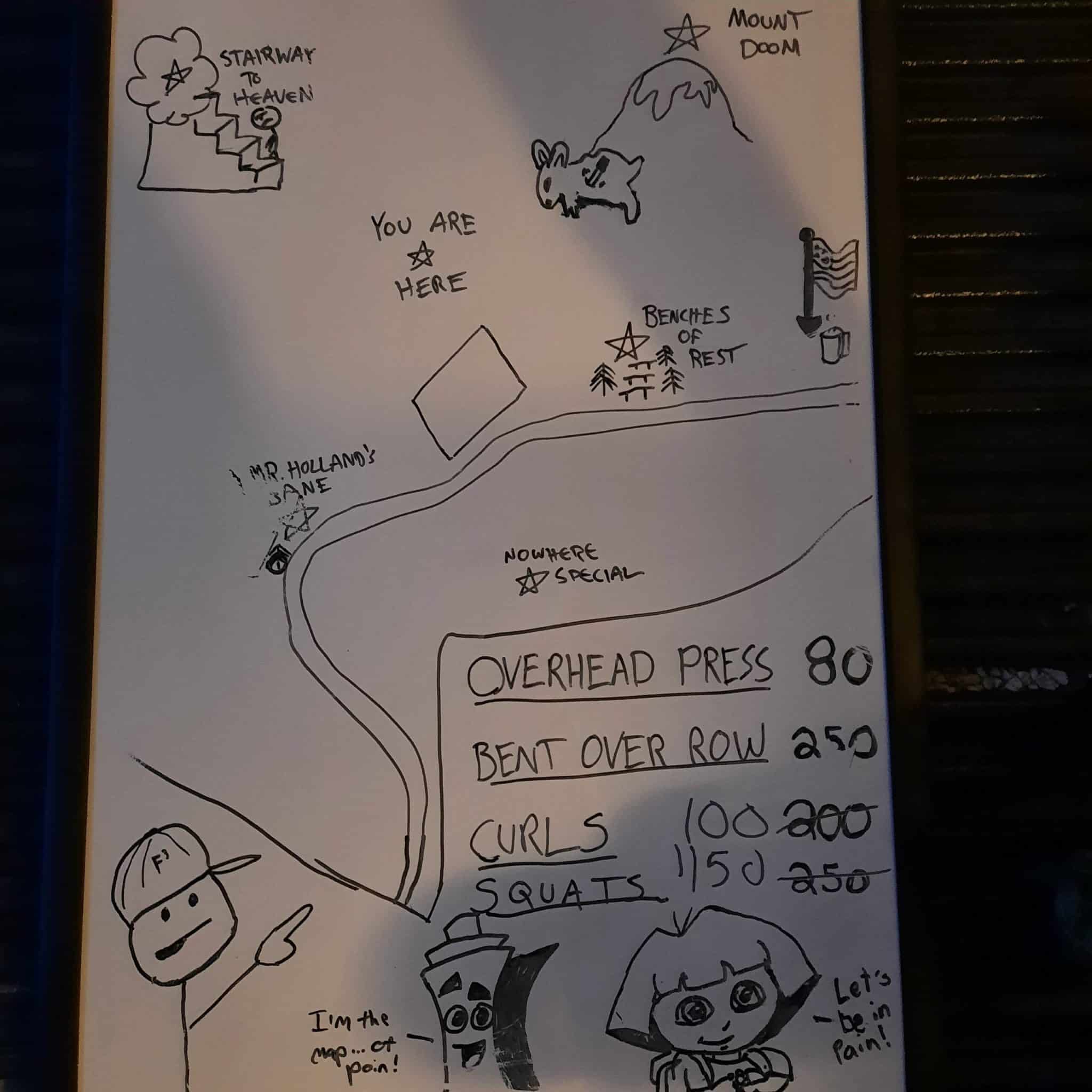 Picked up the coupons and carried them to the start point.

Dora the Explorer.  The runners used a map (artwork by @JoyCon – your move @Rembrandt) at the start point to locate 5 points around the area.  Each point was marked with a cone and had a workout listed: (1) Stairway to Heaven – 10 burpees, (2) Mount Doom – 10 2 count Bobby Hurleys, (3) @MrHolland’s Bane – bear crawl around the circle and then 10 side straddle hops (kill that spider if you see him!), (4) Benches of Rest – 20 dips and 10 step ups, (5) Nowhere Special – 10 merkins.  Runners could go in any order.  If you can’t find a point after a reasonable time do 15 burpees and run back in shame.

Idea worked pretty well although finding the points took a little longer than expected (thus the decreased numbers for the non-runners) so the first runners only hit 4 points and the second only hit 3.

When time was up 4 PAX returned the coupons to their secret hiding place while the rest did Mary at the flag till everyone was back.

COT.  Prayers for Doughboy’s M and 2.0 in the final month of pregnancy and him to balance work.  For McLovin’s passport to arrive before his rapidly approaching marriage and, of course, the marriage itself.