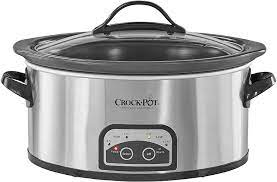 
Preamble – White Claw for the Pre-run, Fudd and Baxter for the Pre-pre-ruck.  Slack mumblechatter was nonexistent so YHC expected to be running around in the rain on a solo Q mission.  Rain ending up pushing out then seeing Fudd was a pleasant surprise on the track so YHC knew he at least had 1 PAX to get some miles in with.  Lo and behold there was a good crew waiting at the flag ready to go with Cocktail going for the trifecta in his first week in from N. Florida and FNG Beaker (some would say the real Homeboy) showing up for the fun.  YHC has been sick and out for a week so it was time to get some miles in.

The Thang – After the quick WOR PAX moseyed up to the picnic tables for some Akin Legs: 10 Squats, 10 Step Ups (Kodiak Count), 10 Box Jumps, 10 Romanian Dead Lifts (Kodiak Count).  Next we moseyed to the bottom of Backside Betty for some 11’s.  Burpees at the bottom and Big Boy Situps at the top.  YHC remembers Backside Betty being a little shorter so halfway through and some incessant whining about a crockpot Q it was time to audible.  Moseyed up to the other picnic tables for another round of Akin Legs (same exercises and counts as the first round).  Next PAX performed an Indian run around the track to the playground for 10 Pull Ups each.  Getting close to time PAX moseyed to the top of Easy Mountain to be rename for this exercise as Merkin Mountain.  10 Merkins up top, 10 at the bottom, the repeato until all 5 sets were complete.  Regular, Wide, Diamond, Ranger, Hand Release.  Getting close on time so Pax moseyed back to the flag for a quick Mary round of Dying Cockroaches.  Ended up topping 4 miles so good work by all!

COT – fumbled a little on the closeout after a week being out which felt like a month.  No specific announcements or prayer requests.

NMM – Always a pleasure to lead.