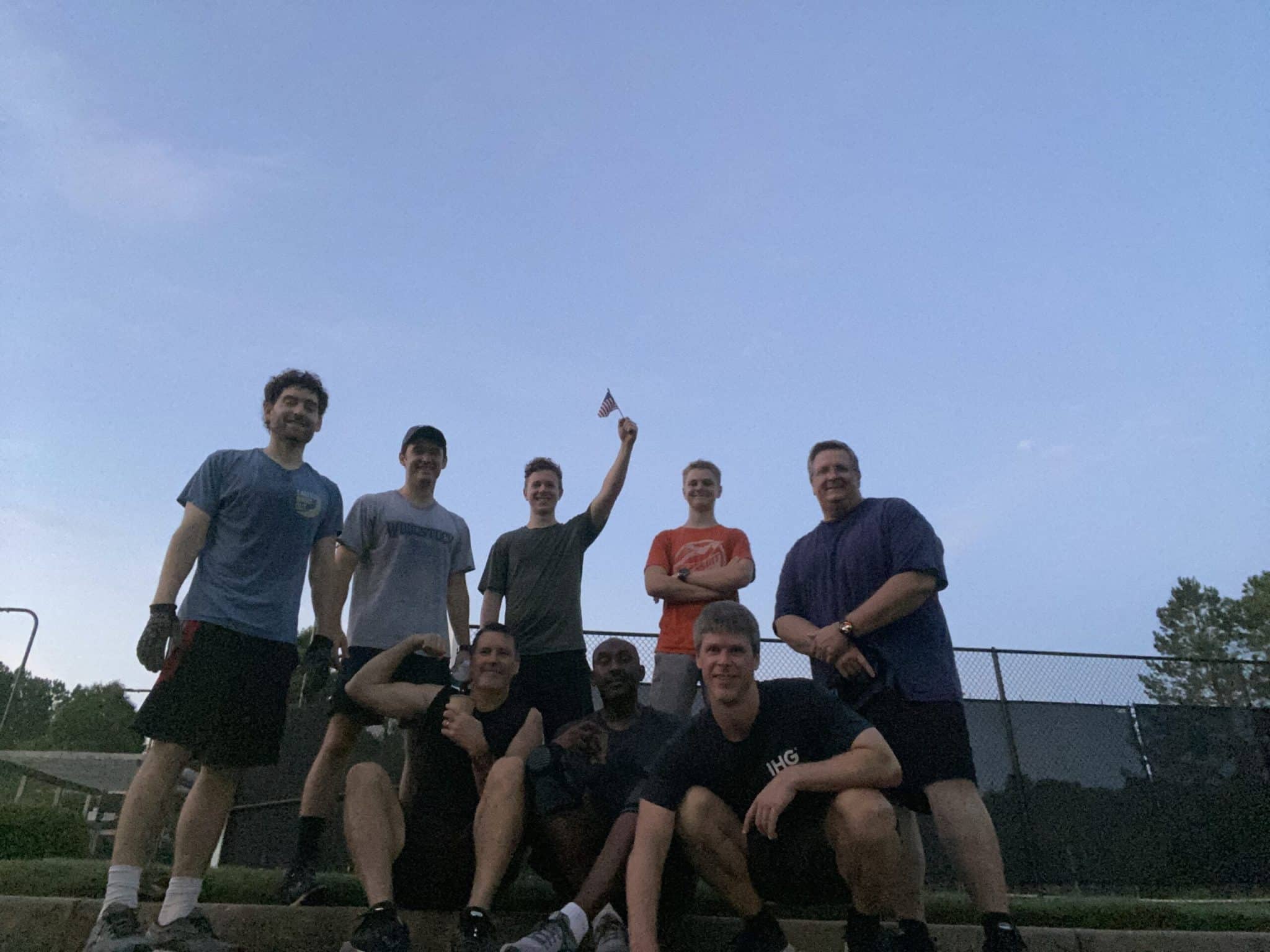 Hey guys! I’m Number2 (Baker Brown), and this was my first ever time leading an F3 beatdown. It was a tennis themed workout, and we sure did get hot and sweaty after we were done. Thanks to all the PAX who came out, and a special thanks to Mansplain for advertising my VQ in the Roundabout Slack channel (lol). Below, I have included all the exercises that we did step by step, AKA, The Thang.

1. I led a mosey from the flag in the River Green Central Park parking lot down to the roundabout. We all circled the roundabout, then came back up through the basketball court and on to the nearest tennis court.

2. On the tennis court, the PAX and I made a circle, and we did the following exercises for Warm-Up.

3. After Warm-Up, I explained to everyone that we were going to do a little game called the 7 of Diamonds. Here is the way it works:

4. About 20 minutes into the 7 of Diamonds, I checked the time on my phone, and saw that we only had 15 minutes left in the workout! So, I called everyone to the tennis court gate for the final game. This game, I called Tennis Ball Can Bowling. The way it works is bulleted below:

Since we had little time left, everyone was scrambling to bowl the tennis ball into the cans, and usually we had to do the maximum amount of the exercise, which is 12 if you do the math! Also, we only got through about 3 rounds before the time ran out, but the PAX members had fun with this one. Hustler went a little crazy when we only had 2 minutes left and was determined to get a strike. Instead of rolling the ball, he threw it directly at the cans, and still missed LOL!

5. After time was up, we all moseyed back to the flag in the parking lot, and did announcements. Then, like with every beatdown, we ended in a circle of trust, and I prayed. Afterwords, I filmed the video showcasing the PAX, and we had coffee and talked to each other. Overall, I would say that even though I was pretty nervous, and came into this VQ with only 3 hours of sleep, I did pretty good leading the workout. Everyone showed me tremendous support and encouragement, and I appreciate it greatly. Anyways, that’s all I got, but until my 2nd Q, this is Number2 signing out!