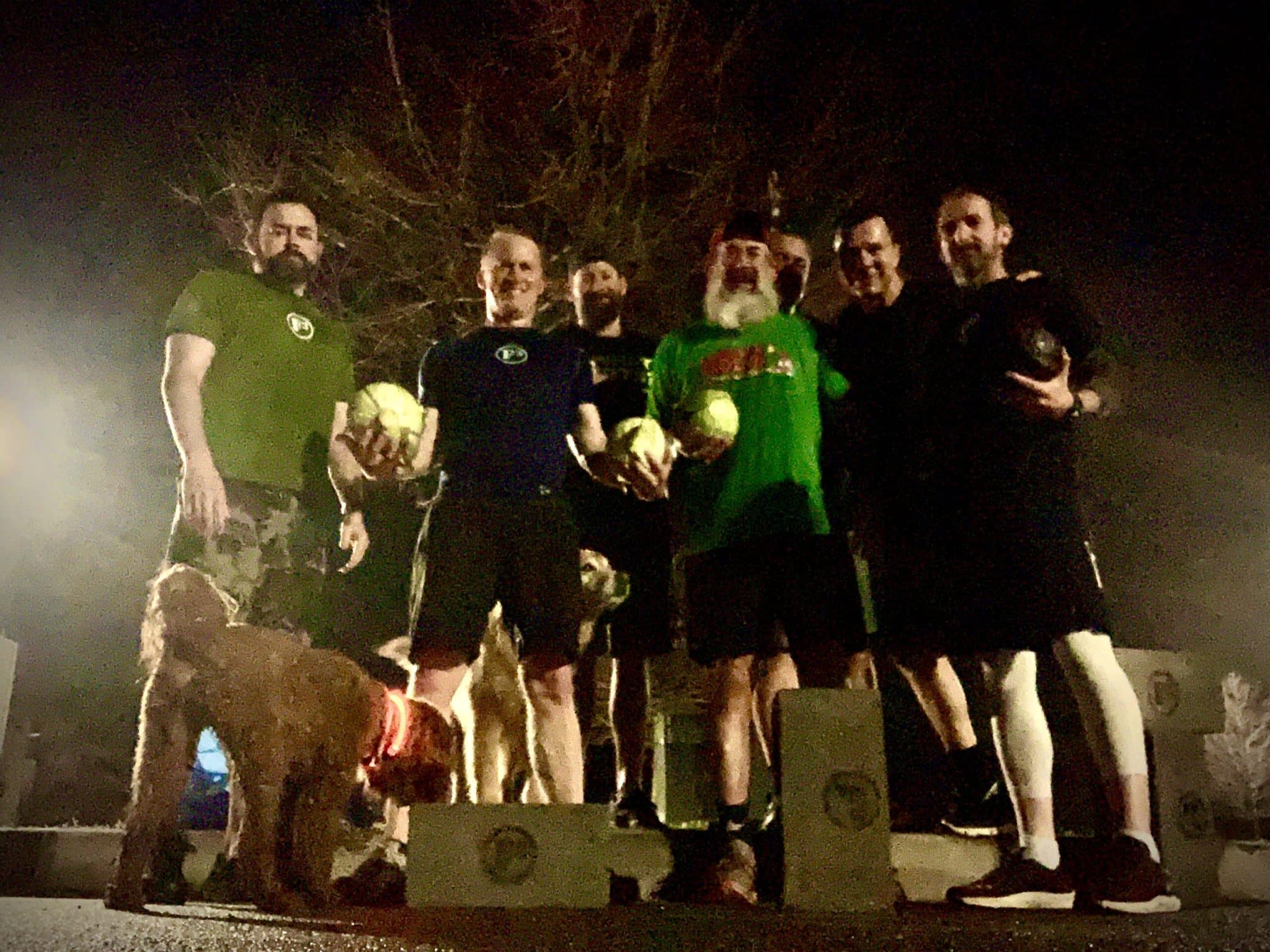 Being Saint Patrick’s Day, I really wanted to Q in honor of my childhood buddy Patrick who would have been 52 years old today but died a few months ago….  Additionally, my family line from my Dad’s side has Scottish and Irish both.  I signed up over a month earlier to Q, so I had plenty of time to hatch and formulate, but things change as you get closer to the day you Q – when one does happen to plan this far out in advance and actually not wing it………

Take the bricks to the center field along with the special event finisher.

Circle up and begin 17 SSH whilst awaiting the straggler gaggler slow pokes (LawDog, White Claw and some other lazy bum).  Then go into the deep stretches along with the worlds best stretch modified to elbow to the ground.  Then Sun Gods and Michael Phelps OYO while I instructed the PAX present on what was next (except that confounded LawDog kept on rudely interrupting and distracting in an attempt to stall and not get a full work out – in fact – I would blame it entirely on him as the reason why we did not reach the coveted 5k guarantee – just because he runs his mouth so much!)

SPIKED 4 LEAF CLOVER – from the center of the field dividing up into four groups of 2 (except for White Claw who was left to play by himself as a loner – but he is used to doing things all by himself like running 100miles).  Each group would run out to one of the far corners of the assstroturph and return to perform 17 reps of a predetermined exercise for that quadrant.

CABBAGE HEADS –  After 3 complete rounds of that, carry everything over to the near end zone and pair up.  Each pair received a cabbage to play with (except for Loser LawDog who was left alone by himself with his own cabbage because everyone was tired of hearing him talk and not really exercise).  Partner A would bear crawl while with their head only propel the cabbage to roll across the width of the football field.  Partner B would run to the opposite goal post and return to relieve and switch out with Partner A so that he could run to the opposite goal post.  We traversed the width of the football field several times until an appropriate level of exhaustion was reached.

Then we circled up for Mary and more cabbage toss.

COT:  Bunch of STUDS showing today to celebrate the life of Saint Patrick attempting to impact their own circle of influence pointing their families and friends to Christ.