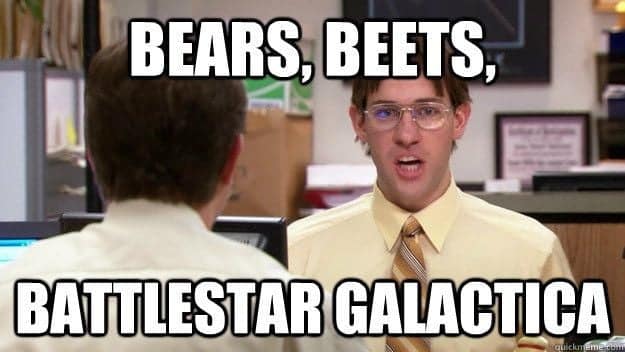 Warm up with SSH, Windmills, HillBillies, and Michael Felps.

The Thang: Bears Beats and Battlestar Galactica. Bear Crawl Train of Pain (Bears)down the hill. 6th man drops and gives 5 hand release merkins before sprinting to the front to resume bear crawls. Once at the bottom, Mike Tyson/ Merkin Combo Ring of fire. Pax hold a high plank while everyone goes around and does 15 Mike Tyson Merkin Combos. Then pax did 11’s of monkey humpers and copperhead squats, and finished up with Thunderstuck (Beats)Coordinated Imperial Walkers and Star Jumps (The “Battlestar Galactica”). Pax all do Imperial walkers til the song says thunder, giving a star jump at every mention of the word thunder.

Pax were thoroughly exhausted. Lots of cuss words were said. Brain Fart Swallowed his own Merlot, and for some reason, the Pax wouldn’t quit with the mumblechatter of this awesome BD called the League… Even though Night Train is on Thursday, and the League on Wednesdays… I guess the Night Train just needed someone to show them how a real beatdown operates.