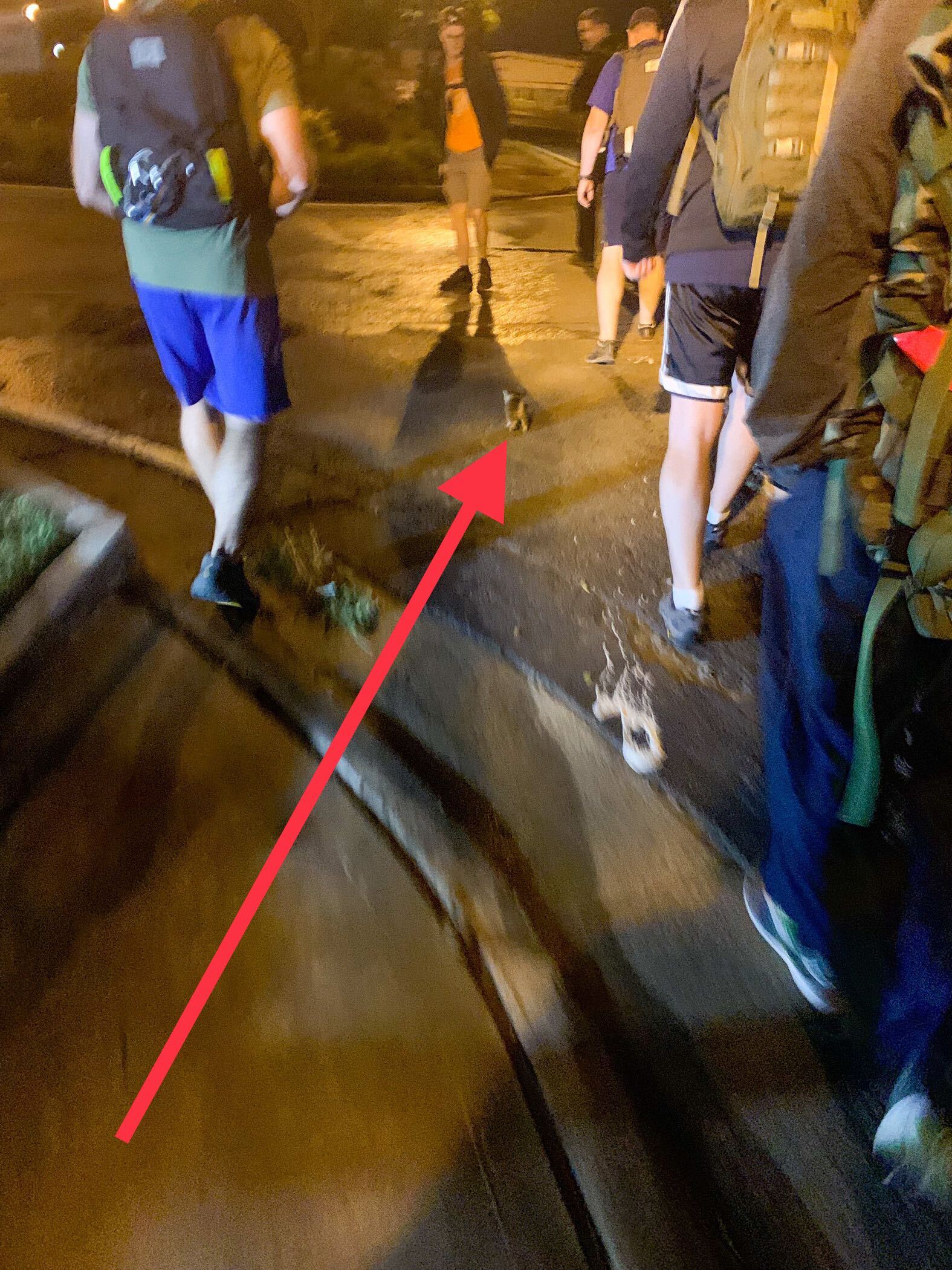 We started off by heading down mainstreet and turning on railroad street. While we were walking, a small kitten began to follow me. It stayed with us as long as it could then disappeared. After that we continued on that street until turning to head to the Hill of Death. We did not go on it however, and went the other way onto the mini HOD. Next, we headed down and up another hill, then headed back along mainstreet to the flag. Once we were all back, we started the-

WinnDixie shared as six-man and we welcomed a new PAX GQ! After that we balled it up and prayed out. After a bit of coffeteria, Hasbro went back and rescued the kitten.