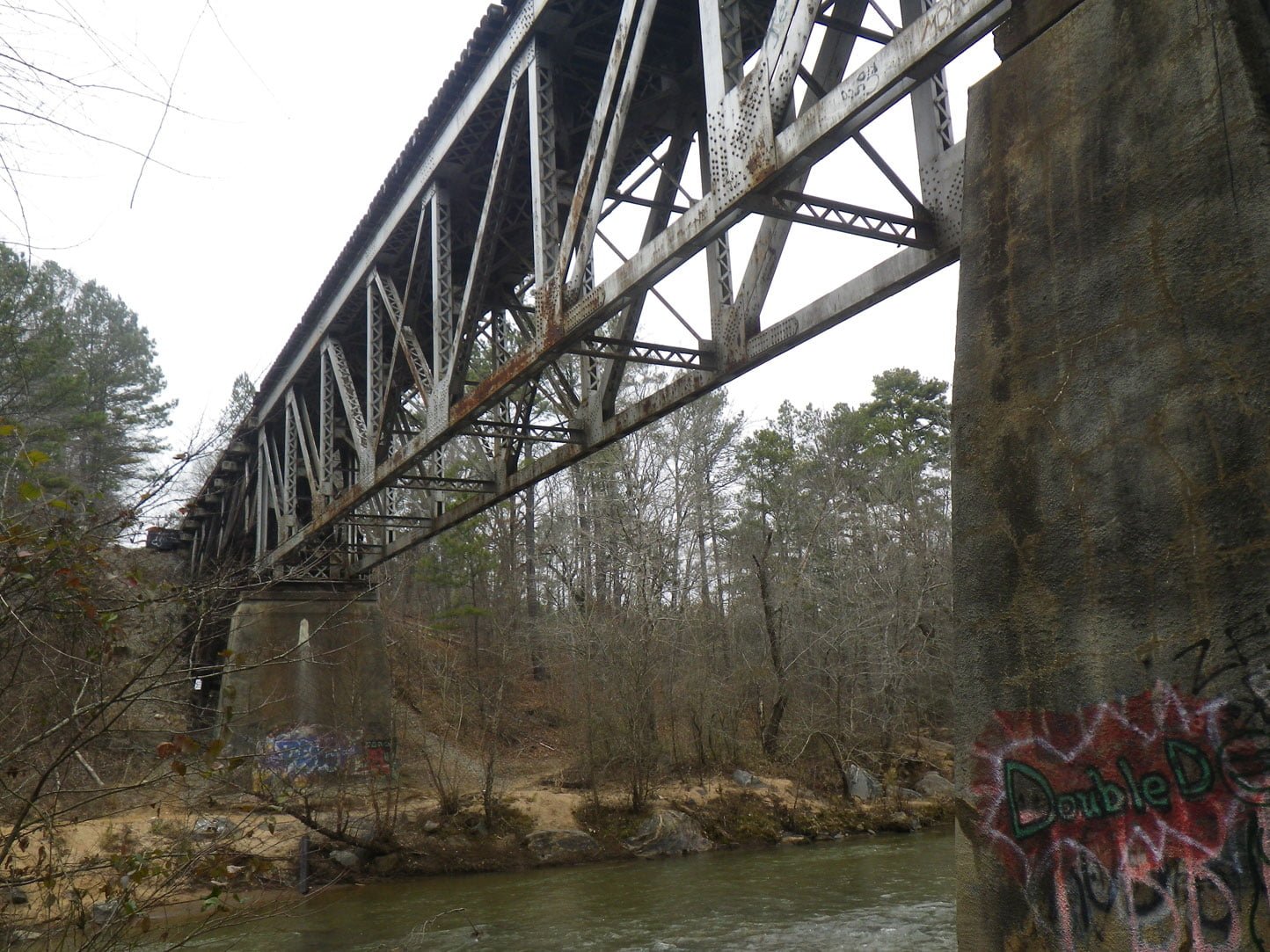 This week’s plan:   Meet at Woodstock City Church and expect to spend some time in Old Rope Mill Park

-Ruck to the front of Olde Rope Mill Park.  At the park entrance, YHC gave a brief history lesson on the start of grist mill in 1840.  In honor of that, we did 18 ruck-on merkins and 40 ruck-on squats.

-Ruck towards the Rope Mill ruins.  At the ruins, YHC gave a brief history lesson on the change of the grist mill to a rope mill in 1870.  In honor of that, we did 18 ruck-on merkins and 70 LBC’s with rucks held overhead.

-Ruck along the Train Trestle trail along the river.  Rain started.  Hard Rain.  After 1 mile on the trail, YHC gave a brief history lesson on the shutdown of the mill in 1949 as water was diverted away for the building of Lake Allatoona.  In honor of that, we did 19 ruck high pulls and 49 overhead ruck presses in the driving rain.

-After the tour of Bell Industry park, YHC led the ruck to the Cherokee Tennis Center.  YHC pulled a tennis bag containing a tennis racket and new can of balls from the woods (previously hidden by YHC) and gave a history lesson of getting destroyed in an Alta City playoff match, 6-0, 6-1.  To “honor” this loss, YHC had the ruckers serve for their PT.  Each rucker got 1 practice serve and 2 real serves.  If the serve landed in the serving square correctly, all ruckers did 5 merkins.  If the serve was out of the serving square, the server did 5 burpees and bear crawled to the net while the other ruckers laughed at him.

-Somewhere during this time, the rain stopped.

-Once the serving was complete, YHC led the ruck back to Woodstock City Church and did a bit of pt on Mount Killa-my-lunga.

-YHC has a specific issue at his job that needs some prayer.

-Prayer for Chops’s aunt who had a stroke

-YHC’s focus was for the ruckers to do something different.  Several had never walked across the trestle before, and none of us had ever walked across it in a rain storm.  Also YHC knew that many had never rucked in Bell Industry Park before, so it was something new to ruck this are.  Finally YHC is very sure that no one ever served for PT during a ruck before, so YHC was excited to make this a part of the adventure.

-As always, great conversation occurred during the ruck.  Much fun was had doing PT, especially PT in the rain.  Some good silliness occurred at the tennis courts where we may or may not have had the police called on us by a minivan driver who was hoping to see the resurrection of Andre Agassi on this rainy Wednesday night.  At the very least, we know that we will made some good blooper scenes on the Cherokee Tennis Center security cameras.

-YHC looks forward to these rucks and the Waffle House feast afterwards.  This crew knows exactly how to lift each other up when needed, apply the right jab when needed, and bond together while doing some work.  YHC cannot wait to see where the next WNS adventure will lead.